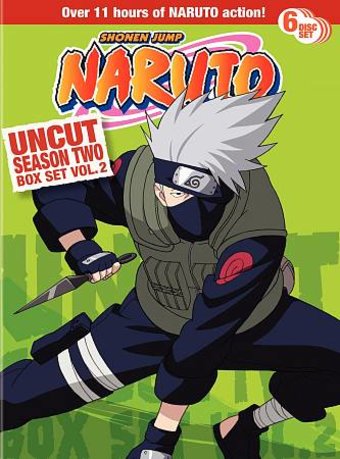 This six disc set includes the original, uncut versions of episodes 79-106 of the martial arts adventure series NARUTO, following the hero as he prepares for a showdown with Sasuk's brother, Itachi Uchiha. Extras with the set include storyboards, production art, and more.