Mojo (Publisher): "[The songs] sounded like folk that had just come back from an eye-opening trip East along the hippy trail. Bob Dylan counted himself a fan." 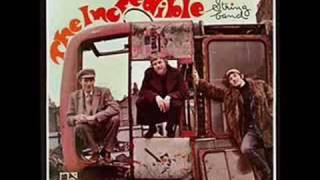 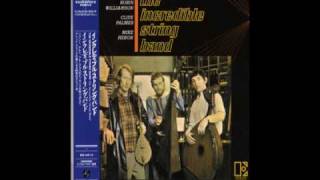 Mojo (Publisher) - p.70
"[The songs] sounded like folk that had just come back from an eye-opening trip East along the hippy trail. Bob Dylan counted himself a fan."

The Incredible String Band includes: Robin Williamson (vocals, guitars); Mike Heron (guitar); Clive Palmer (banjo).
The first album by the Incredible String Band appeared in 1966. Then a trio (Clive Palmer departed after this debut), they melded the folk music of their Scottish homeland with far-flung, adventurous musical influence from around the world. Prior to the advent of so-called "world music," these guys were already exploring the terrain. This release, comprised almost totally of originals, finds them at their most traditional--the trippy inclinations that landed them an audience would begin appearing on their next album, THE 5000 SPIRITS OR THE LAYERS OF THE ONION. Besides being engaging in its own right, THE INCREDIBLE STRING BAND is a valuable glimpse into the band's grounding in tradition.