The picture they were born for! 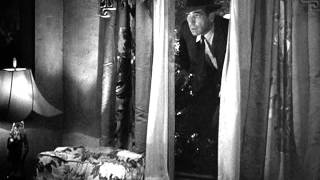 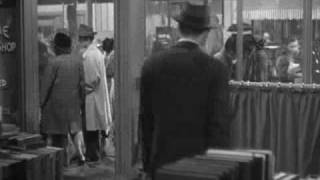 "My, my, my. Such a lot of guns around town and so few brains."
- Philip Marlowe (Humphrey Bogart)
"You may smoke, too. I can still enjoy the smell of it. Nice thing when a man has to indulge his vices by proxy."
- General Sternwood (Charles Waldron) to Marlowe
"So you're a private detective. I didn't know they existed, except in books - or else they were greasy little men snooping around hotel corridors. My, you're a mess, aren't you'"
- Vivian Sherwood Rutledge (Lauren Bacall) to Marlowe
"If I seem a bit sinister as a parent, Mr. Marlowe, it's because my hold on life is too slight to include any Victorian hypocrisy. I need hardly add that any man who has lived as I have and indugles for the first time in parenthood at the age of 55 deserves all he gets."
- General to Marlowe
Marlowe to Vivian -- "Speaking of horses... you've got a touch of class, but I don't know how far you can go."
Vivian
- "A lot depends on who's in the saddle. Go ahead Marlowe. I like the way you work. In case you don't know it, you're doing all right."

Chandler's first novel introduced private detective Philip Marlowe, and THE BIG SLEEP set the standard for private detective movies. Down-at-the-heels private eye Marlowe gets the assignment to clean up after the daughters of a dying millionaire, but dead people have a nasty habit of trailing in their wake. The famously tortuous story line (Hawks supposedly asked Chandler to clarify a plot point about the murder of the family chauffeur; the novelist hadn't a clue as to who did the deed) seems beside the point when Bogart and Bacall are onscreen. The final release was recut to include more of their scenes together. A must! Remade in 1978.

Private investigator Philip Marlowe is thrust into a world of drugs, sex, blackmail, and murder when he agrees to protect a rich man's reckless, uncontrollable daughter.