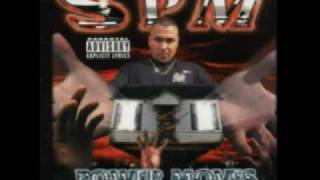 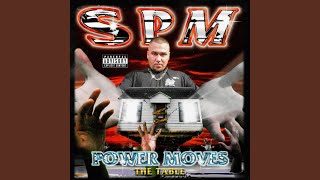 Personnel includes: Frost, DJ Screw, Street Military, Fat Pat Family, Most Hated, Dope House Family.
This is an example of the Southern Rap "screwed" mix style.
This is an example of the Southern Rap "screwed" mix style.
Unknown Contributor Role: Rebel.
The album that broke South Park Mexican out of the South, Power Moves features a number of his best-known songs: "Holla at Cha Later," "Illegal Amigos," and "West Coast, Gulf Coast, East Coast." It's definitely a more polished and crafted work that his preceding Hustle Town and proves that rap artists can thrive without major-label support. In sum, this is arguably the best place to start when investigating SPM. His later albums are often on par with Power Moves in terms of both rhymes and beats, but none capture the essence of what makes this particular artist so alluring to his cult audience as this breakthrough album. Later albums such as 3rd Wish to Rock the World often go out of their way to feature lackluster guest rappers as well. As a bonus, Power Moves also comes with a second disc that features screwed and chopped versions of many of the album's best songs, as well as his first big hit, "Mary-Go-Round," originally featured on Hustle Town. ~ Jason Birchmeier