Currently Out of Stock: We'll get more as soon as possible
Notify Me When Available
Add to Wishlist
Format:  CD  (2 Discs)
item number:  32VFC
Our customers love us! 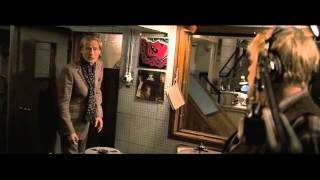 The Boat That Rocked (Music Video)

Liner Note Author: Richard Curtis.
Recording information: De Lane Lea Music Centre, Wembley, England (02/1967); EMI Abbey Road Studios, London, England (02/1967); Olympic Sound Studios, London, England (02/1967).
Director: Richard Curtis.
Photographers: Rankin; Alex Bailey .
Given the subject matter of Richard Curtis' film Pirate Radio, the soundtrack had to filled with absolutely classic rock, pop, and soul. The motion picture (entitled The Boat That Rocked in the U.K.) is a comedy that reflects on the real-life bands of illegal radio stations that broadcast from boats just outside British territorial waters in the mid-'60s and were therefore outside the iron grip of the BBC. The soundtrack contains a whopping 32 tracks spread over a pair of CDs that contain everything from obvious picks from the era, such the Kinks' "All of the Day and All of the Night," and John Fred & His Playboy Band's "Judy in Disguise," to the Who's "I Can See for Miles," and the Troggs' "With a Girl Like You." Other acts from the early classic pop/rock era are Jimi Hendrix, Moody Blues, Procol Harum (of course!), the Isley Brothers, Beach Boys, Supremes, Otis Redding, Cream, Martha Reeves & the Vandellas, Dusty Springfield, Easybeats, Jeff Beck, the Hollies, etc. -- though the Beatles and Rolling Stones are absent for some (more than likely, legal) reason. There are some wonderful surprises too, however: the inclusion of Herb Alpert & the Tijuana Brass' "This Guy's in Love (With You)," the Turtles' "Elenore," (sic) and the opening track, a version of "Stay with Me Baby," by Duffy. (Lorraine Ellison's version is also here, included near the end of disc two.) David Bowie's lone "Let's Dance," is also here to close the collection. Ultimately, it all adds up to one big party -- even if you have every cut here individually. ~ Thom Jurek

82%off
Soundtrack
Nothing But Trouble
$2.89 on Sale
Add to Cart

62%off
Soundtrack
Stealing Home
$4.98 on Sale
Add to Cart


Double CD has 32 great rock tunes including a couple from the British Charts.