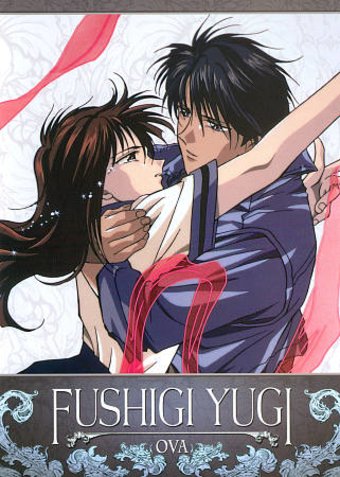 At the end of FUSHIGI YUGI: THE MYSTERIOUS PLAY, Miaka made her final wish, which completed the mystical book of the Universe of the Four Gods, or so everyone thought. This OVA series (FUSHIGI YUGI - THE MYSTERIOUS PLAY SPECIAL) picks up where that series ends, and old enemies are coming back to exact their revenge. This time, Tamahome is sucked into the book, perhaps to become one of the Seiryu Seven. Later, Miaka and Tamahome sort out the troubles that Tamahome's memory loss has caused their relationship. Unfortunately, before they get a chance to resolve anything, Shigyou, a new student, throws their lives into turmoil. Shigyou, who displays an unsettling knowledge of "The Universe of the Four Gods" manages to trap both Tamahome and Miaka there. leaving them to deal with more serious problems than their relationship woes. Contains all nine episodes.