One person can change your life forever. 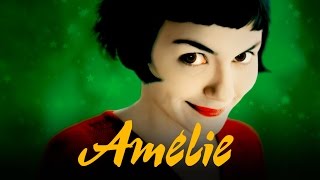 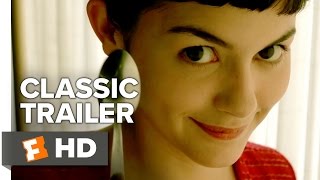 Amélie Poulain (Audrey Tautou) is a young woman who glides through the streets of Paris as quietly as a mouse. With wide eyes and a tiny grin, she sees the world in a magical light, discovering minor miracles every day. A shy and reserved person whose favorite moments are spent alone skimming stones into the water, Amélie was raised by a pair of eccentrics who falsely diagnosed her with a heart problem at the age of six and so limited her exposure to the outside world. Now a free and independent woman, Amélie wears a bob that curls in every direction and dresses in red. With a job in a café and an aptitude for spying on her neighbors, Amélie entertains herself by enacting a series of homemade, kindhearted practical jokes. She returns a long-forgotten box of childhood knickknacks to its proper owner, she sends her father's garden troll on a trip around the world, and she creates a love connection at the café between the hypochondriac druggist and a beer-drinking old grouch. But when the day is done, Amélie finds one stone unturned, and decides to work her magic on the quirky object of her affections, Nino Quincampoix (Matthieu Kassovitz), whom she has never met.

Director Jean-Pierre Jeunet (who codirected DELICATESSEN and THE CITY OF LOST CHILDREN with Marc Caro) presents AMÉLIE, an aesthetically gorgeous and inventive film. The rich, glowing color scheme is offset by flashbacks in black and white archival footage that give short biographies of each character. A soft-spoken narrator guides viewers through this enlightening fairy tale, which sometimes speeds through the streets and other times drifts in slow motion. AMÉLIE is humorous, questioning, and strange, and it will change the lives of all who watch it, if only for a short while after leaving Amélie's world.