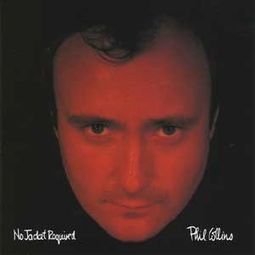 Personnel includes: Phil Collins (vocals, keyboards, percussion, programming); Daryl Stuerner (guitar, keyboards); Arif Mardin (strings); The Phoenix Horns (horns); Gary Barnacle, Don Mynck (saxophone); David Frank (keyboards); Lee Sklar (bass); Helen Terry (background vocals).
Recorded at The Townhouse, London; Old Court, Surrey.
Personnel: Phil Collins (vocals, keyboards, synthesizer, vocoder, drums, drum machine, kalimba, percussion, background vocals); Helen Terry (vocals, background vocals); Peter Gabriel, Sting (vocals); Daryl Stuermer (guitar, banjo, keyboards); Arif Mardin (strings); Don Myrick, Gary Barnacle, Don Mynck (saxophone); Michael Harris, Rahmlee Michael Davis (trumpet); Louis Satterfield (trombone); Pheonix Horns (horns); David Frank (keyboards, mini-Moog synthesizer, Moog synthesizer); Nic Greene (synthesizer).
Recording information: AIR Studios; Old Craft, Surrey, England; Old Croft, Surrey, England; The Townhouse, London, England; Townhouse Studios, London, England.
Introduction by: Arif Mardin.
Unknown Contributor Role: Phil Collins.
Arranger: Tom Tom 84.
After the one-two punch of Phil Collins' first two solo albums, Face Value and Hello, I Must Be Going!, plus the hits he was concurrently having with Genesis, it might seem like he was primed for an artistic and commercial drop-off. Instead, he responded with the biggest album of his career. No Jacket Required topped the charts in the U.S. and U.K., won a Grammy for Album of the Year, and spawned four Top Ten singles, including two number ones in "Sussudio" and "One More Night." It was such a monster success that it made Collins one of the biggest stars on the planet, something that a few years before seemed unlikely if not impossible. The reason why No Jacket was such a smash is simple: it combined the aching honesty of Face Value with the pop smarts of Hello, added some seriously focused songwriting, then coated it all in slick digital production that sounded great on the radio. Collins' gift for a huge hook came through most obviously on the Prince-inspired "Sussudio," where he turns nonsense into something almost profound, but also on tracks like the big rocker "I Don't Wanna Know" and the soulful "Inside Out," which featured some of his trademark gated drum bashing. His knack for spilling his guts in heartbreaking everyman fashion hits a new high on "One More Night," one of the most affecting ballads of the '80s. When he combines the hooks and the heartbreak, it comes together brilliantly. "Take Me Home" is a wrenching, soaring song that inspires singalongs and teardrops; "Doesn't Anybody Stay Together Anymore" has the perfect combo of big drums, the catchy chorus, and the weary heart. Add in flashy radio monsters like "Don't Lose My Number" and "Only You Know and I Know" that retain the horn-heavy sound of his earlier work while adding up-to-date keyboards, the even more Prince-inspired "Who Said I Would," and the closing piano ballad "We Said Hello Goodbye," and No Jacket Required ends up earning all the sales and accolades it got. Collins was at the top of his considerable game, the sound was state of the art, and there were more classic songs on one record than most pop stars could put together in an entire career. Too bad its chart and airwave dominance was so great that it inspired something of a backlash, one Collins never really recovered from despite having more hits in the future. While Face Value is still his solo masterpiece due to the raw emotion it transmits, No Jacket Required comes very, very close to topping it. ~ Tim Sendra

Orleans
Dance with Me: The Best of Orleans (CD)
$10
Add to Cart