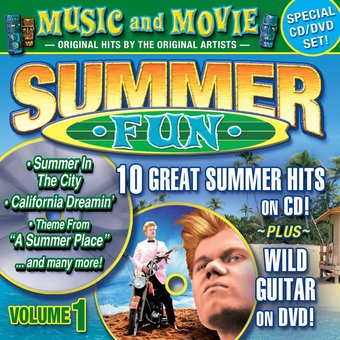 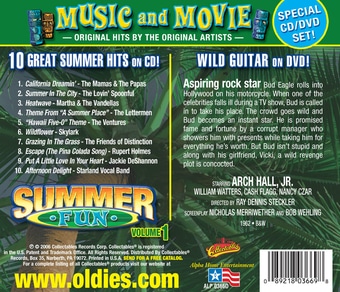 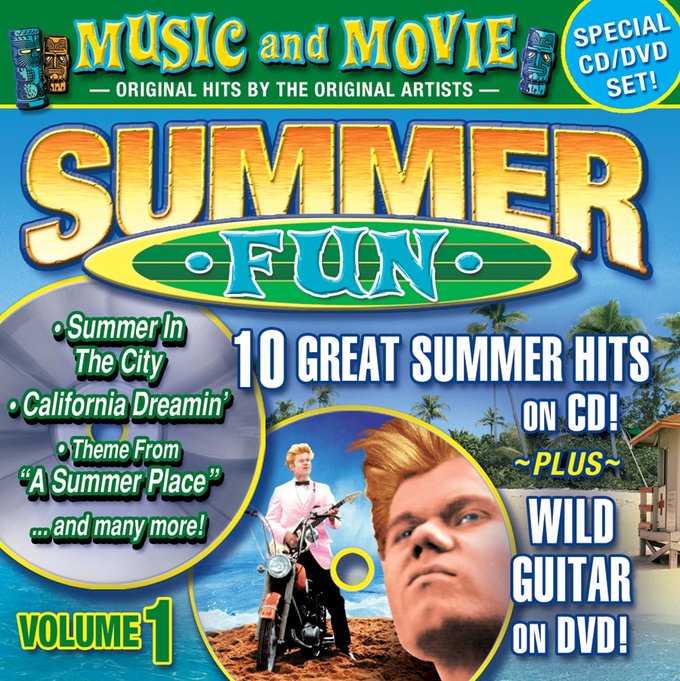 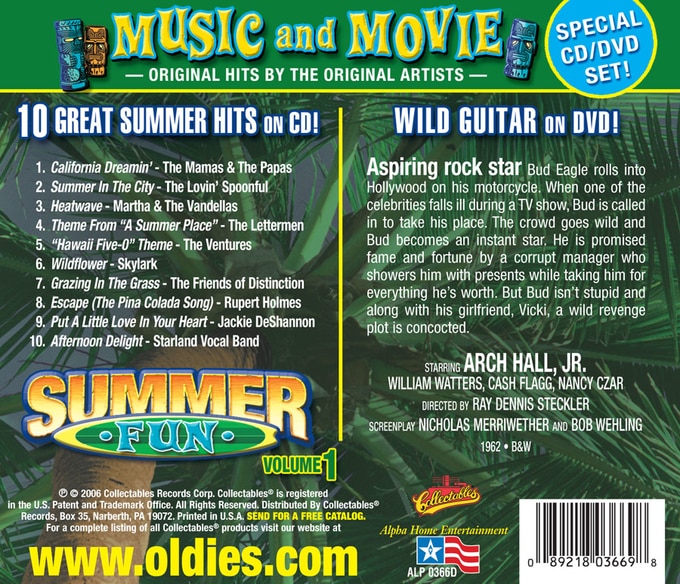 CD includes ten original hits by the original artists: "California Dreamin'" by The Mamas & The Papas, "Summer In The City" by The Lovin' Spoonful, "Heatwave" by Martha & The Vandellas, "Theme From "A Summer Place"" by The Lettermen, ""Hawaii Five-0" Theme" by The Ventures, "Wildflower" by Skylark, "Grazing In The Grass" by The Friends Of Distinction, "Escape (The Pina Colada Song)" by Rupert Holmes, "Put A Little Love In Your Heart" by Jackie Deshannon and "Afternoon Delight" by Starland Vocal Band.

DVD includes WILD GUITAR: With just a cheap guitar and one suitcase, Bud Eagle (Arch Hall, Jr.) rolls into Hollywood on his motorcycle. He's invited to attend a TV taping and when one of the performers falls ill, Bud jumps on stage and takes his place. Within moments, the crowd goes wild and Bud is an instant star. The biggest manager in Hollywood, Mike McCauley (William Watters), takes Bud under his wing, promising him fortune and fame. He showers him with gifts and women, but ends up taking him for everything he's worth. But Bud isn't stupid and along with his girlfriend Vickie, they concoct a plan for revenge. Wild Guitar is the second movie starring the legendary Arch Hall, Jr., who went on to star in a series of films (including Eegah! and The Sadist) that were produced by his entrepreneur father for Fairway International Pictures. Director Ray Dennis Steckler went on to acclaim with such 60's drive-in classics as The Incredibly Strange Creatures Who Stopped Living And Became Mixed Up Zombies. Steckler also performed in Wild Guitar using his nom de-cinema, Cash Flagg.

Grace of My Heart
$13 Super Savings
Add to Cart