Alice Cooper Love It To Death

Rolling Stone: "...from the first note it was right: Alice Cooper bringing it all back home again. God it's beautiful..." 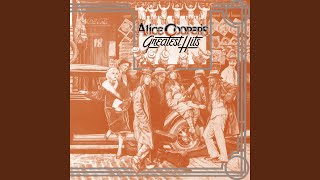 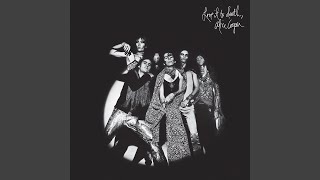 Hallowed Be My Name (Music Video)

Alice Cooper: Alice Cooper (vocals); Michael Bruce (guitar, keyboards); Glen Buxton (guitar); Dennis Dunaway (bass instrument); Neal Smith (drums).
Whereas Alice Cooper's first two studio albums, 1969's PRETTIES FOR YOU and 1970's EASY ACTION, tended more towards the trippy excesses of the hippie era, their next one, 1971's LOVE IT TO DEATH introduced the world to the heavy sound that Cooper would soon be taking to the top. With the invaluable production assistance of future Pink Floyd/Lou Reed cohort Bob Ezrin, LOVE IT TO DEATH proved Alice Cooper's first truly great album, and served as their commercial breakthrough.
That staple of teen alienation, "I'm Eighteen," is the most iconic cut, but every single track on LOVE IT TO DEATH is outstanding. Plenty of other Cooper favorites are included--the candid "Is It My Body," the grim theatrics of "Ballad of Dwight Fry" (a slightly misspelled homage to the horror-film actor), the powerful opener "Caught In A Dream," and the tuneful afterglow of the closer "Sun Arise." With pretentious prog-rock and folk-rock ruling the charts in the early '70s, LOVE IT TO DEATH served as a wake-up call to thousands of disenfranchised teens, and became a kind of blueprint for punk and edgy hard rock later in the decade.

40%off
Alice Cooper
Welcome To My Nightmare (Expanded & Remastered)
$11.98 on Sale
Add to Cart

Alice Cooper
Welcome 2 My Nightmare
$13.98 on Sale
Add to Cart

Alice Cooper
Pretties for You
$13.98 on Sale
Add to Cart

Hot
Alice Cooper
School's Out
$9.98 on Sale
Add to Cart