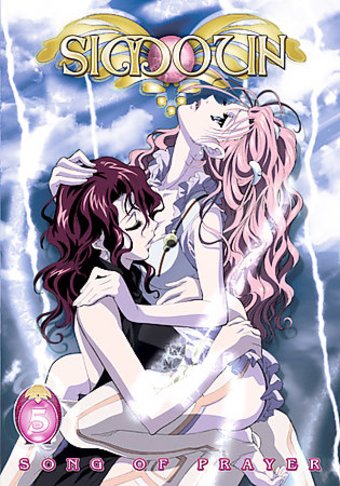 All the residents of Daikuuriku are born female, but can choose their gender at the age of 17. Young girls called Sibyllae fly the Simoun, magic aircraft that can maintain peace or enact destruction. Volume five of this series depicts the instability after a war between Simulacrum and the invading country of Argentum, fought by the Simoun. Now that the war is over, the Sibyllae must pick their permanent genders. What paths will they take'

The war finally comes to its inevitable conclusion, and the aftermath is more bitter than sweet. Though the political atmosphere remains unstable throughout the world, the Simoun sibyllae must be firm as most are compelled to the Spring to choose their final genders. With an order issued to disband Chor Tempest, the few sibyllae who are undecided ultimately follow wildly different paths than their comrades. In the end, while many of the former team members lead separate lives, one thing, transcending time and space, still ties them together.