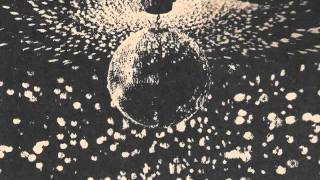 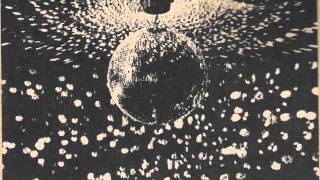 Personnel: Neil Young (vocals, electric & acoustic guitars, pump organ); Brendan O'Brien (background vocals, electric guitar, piano).
Pearl Jam: Stone Gossard, Mike McCready (electric guitar); Jeff Ament (bass); Jack Irons (drums); Eddie Vedder (background vocals).
Recorded at Bad Animals, Seattle, Washington on January 26-27 and February 7 & 10, 1995.
All tracks have been digitally mastered using HDCD technology.
MIRROR BALL was nominated for a 1996 Grammy Award for Best Rock Album. "Peace And Love" was nominated for Best Male Rock Vocal Performance, and "Downtown" was nominated for Best Rock Song.
Personnel: Neil Young (vocals, acoustic guitar, electric guitar, organ, pump organ); Brendan O'Brien (electric guitar, piano, background vocals); Mike McCready, Stone Gossard (electric guitar); Jeff Ament (bass guitar); Jack Irons (drums, snare drum); Eddie Vedder (background vocals).
Audio Mixer: Brendan O'Brien .
Recording information: A & M Studios, Hollywood, CA (01/26/1995-02/26/1995); Bad Animals Studio, Seattle, WA (01/26/1995-02/26/1995).
Photographer: Henry Diltz.
No, THIS is the album on which Neil Young sounds like Neil Young again. Not RAGGED GLORY with its pulverizing guitar catharses--that was the sound of rust waking up--and not SLEEPS WITH ANGELS, which was Neil Young using old tricks to eulogize a new dog. They're both important records, but MIRROR BALL is, plainly, a great one, an album of cosmic brooding and monstrously simple guitar riffs that ranks with his classic '70s discs.
Young's band for this unlikely masterpiece is Pearl Jam, who end up sounding less like their accomplished selves than like Young's longtime garage band, Crazy Horse, only denser, because there are more guitars here. Mostly, they bash out supradistorted, plodding power chords, opening up a loud space for Young to bang out his own riffs and solos and croon like a cosmic cowboy. The songs are typical Young epics, with verses so sadly pretty that there's no overriding need to change anything once they get going--quite often, he doesn't. "Act Of Love" is a continuous exchange of two two-chord sections--ABABAB etc.--either of which could make for a classic-rock standard on its own. And the 7-minute long "I'm The Ocean," a manifesto for a wandering poet that pulls in imagery of American Indians, cars and the O.J. trial, goes one simpler, being the same four chords repeated 62 times--no chorus, no bridge, and no call for either. Young and Pearl Jam rock with the excited, can't-stop energy of a first rehearsal take, which some of these tracks may well be--listen to Young call out "let me just play the groove for a minute" at the start of "Downtown."
Halfway through the album, Young goes to a pump organ for a haunting, 45-second song about "What Happened Yesterday." Much of what follows sounds like more notes on the death of Kurt Cobain, a journal Young started on SLEEPS WITH ANGELS. "Scenery" is a bitter look at stardom in America, but "Peace And Love," which invokes John Lennon, is a plea to live through this: "Stay for the children/You don't really want to go." It defies the rock aging process that Young, at 49, can still speak in a voice that resonates with Cobain's generation, who could well be his children ("People my age/They don't do the things I do," he notes in "I'm The Ocean"). But he inspired them, and they him, and MIRROR BALL finds him back at his game without having to fit into a new flannel shirt. He was already wearing one.

Neil Young
Are You Passionate?
$11.98 CD Sale
Add to Cart