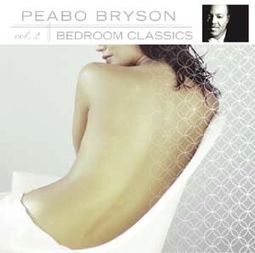 Personnel: Peabo Bryson, Roberta Flack, Regina Belle (vocals).
Producers include: Peabo Bryson, Richard Evans, Michael Masser, Walter Afanasieff, Johnny Pate.
Compilation producer: Barry Benson.
Recorded between 1978 & 1991. Includes liner notes by David Nathan.
This is part of Rhino Records "Bedroom Classics" series.
Audio Remasterer: Scott Levitin.
Liner Note Author: David Nathan .
Peabo Bryson succeeds Teddy Pendergrass as the second subject of Rhino's Bedroom Classics series. Full of hits and benefiting from thoughtful packaging, it functions as a less exhaustive version of 2001's Anthology (Capitol), with most of the singer's biggest and most representative songs put on one disc. It doesn't pay enough attention to his earlier years, but for most, this will be enough. While Bryson was a consistent presence on the R&B singles chart, a number of the inclusions -- such as "If Ever You're in My Arms Again" and "Can You Stop the Rain" -- crossed over to the mainstream's Hot 100 and adult contemporary charts. Those who enjoyed Bill Cosby's spy-spoof epic Leonard, Part 6 will also be pleased with the inclusion of "Without You," the film's love theme, featuring Regina Belle. ~ Andy Kellman

Peabo Bryson / Roberta Flack
For Your Love / Tonight, I Celebrate My Love
$5 on Sale
Add to Cart
(2)

Peabo Bryson
Take No Prisoners
$5.50 on Sale
Add to Cart