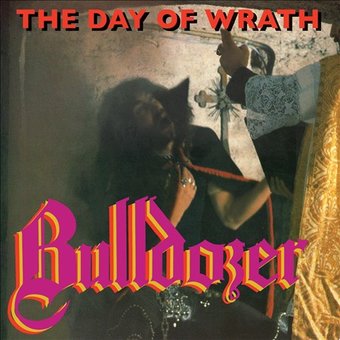 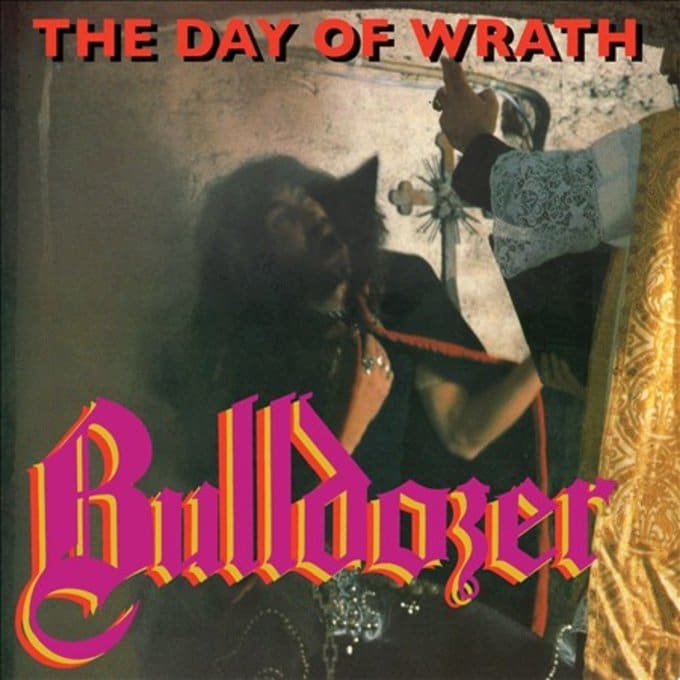 Also available as one of the four CDs in THE BULLDOZER BOX: 1983-1990 THE YEARS OF WRATH.
Milan's Bulldozer shrieked their case for recognition as one of Italy's top black metal bands with their scandalous 1985 debut, The Day of Wrath, which was produced by Tank vocalist/bassist Algy Ward and turned the evolutionary clock all the way back to the genre's crude early-'80s origins -- and arguably beyond, if that's possible. It's not, obviously, but the point here is that savage, proto-thrashing assaults like "Cut Throat," "Fallen Angel," and "Mad Man" were all essentially Italian carbon copies of vintage Venom, to the point that even some of Cronos and company's pioneering satanic rites seemed relatively refined by comparison. Indeed, The Day of Wrath's opening number, "The Exorcism," is literally the sound of all hell breaking loose, and despite Andy Panigada's flashy guitar solos and drummer Don Andras' locomotive-like propulsion (see his intro showcase on "Whisky Time"), the trio led by screamer/bassist Alberto Contini actually went to great lengths to hide its not inconsiderable instrumental skills behind a corrosive wall of distortion-fudge. All in the name of going to extremes and losing all control, naturally, thus ensuring that even the rare songs imbued with slower tempos ("Welcome Death," "Endless Funeral"), inventive riff changes ("The Great Deceiver"), or a modicum of melody ("Insurrection of the Living Damned") never lacked for wicked, Devil-worshiping intentions. In other words, The Day of Wrath wasn't pretty, nor very original, but then ugly was what black metal was about in the mid-'80s -- as well as a D.I.Y.-like simplicity, sheer volume, blind fury, shock value, and of course Beelzebub. What Bulldozer deserve credit for, alongside better-known contemporaries like Switzerland's Hellhammer and Sweden's Bathory (plus a gaggle of obscure Brazilian bands), is helping to bridge the trying years between black metal's messy, underrated beginnings and the next generation of mostly Scandinavian bands that would revive and reinvent it for the 1990s, duly transforming it into one of the most form-challenging and sophisticated musical styles in the world by the start of the 21st century. ~ Eduardo Rivadavia

Cradle of Filth
Dusk and Her Embrace
$10.90
Add to Cart