The Crystal Method The Trip Out 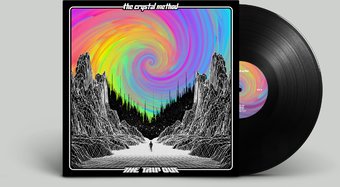 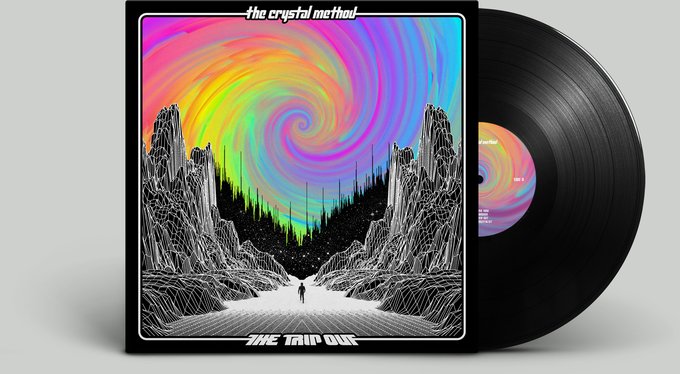 Long-running electronica duo the Crystal Method became a solo act in 2017, when co-founder Ken Jordan decided to retire from music, leaving Scott Kirkland to carry the torch by himself. 2018's The Trip Home was regarded by fans as a return to form following a 2014 self-titled effort that attempted to play catch-up with the mainstream EDM trends of its time, dipping into brostep and complextro. 2022's The Trip Out, much like its similarly named predecessor, is closer to the high-gloss big beat sound the duo mastered during the genre's mid-'90s heyday, but with more up-to-date sound design, straddling the line between Y2K nostalgia and material tooled for the widespread return of outdoor music festivals following COVID-19 lockdown. TCM's stock-in-trade remains revved-up, rock-leaning electronic pop filled with guitars, cinematic undertones, and swagger. Opener "Watch Me Now" (featuring Koda and VAAAL) is bombastic glamtronica with a dramatic, orchestral breakdown, and "House Broken" (with vocalist Naz Tokio) is like a vocal trance song with electro beats, plus squiggly acid lines flashing back to TCM's career-making early singles. "Free Play," the only track on this short album that isn't listed with a feature credit, is a surprising turn towards synthwave, with a creeping, suspenseful pulse and pretty synth melodies. The beats do pick up slightly, and they're surrounded with swirling, ethereal vocals. "Act Right" returns to booming midtempo bass, with double-time rapping by Boston-based emcee Billy Dean Thomas, whose pointed lyrics address colonialism and discrimination, providing the album's most socially conscious and relevant moment. Final track "Post Punk" (co-produced by past collaborator Hyper) has the biggest beats of them all, and is built around clips from an Iggy Pop interview in which he objects to being categorized. ~ Paul Simpson

The Crystal Method
You Know It's Hard
$4.98 on Sale
Add to Cart

Boards Of Canada
The Campfire Headphase
$14.90
Add to Cart