Q: 5 Stars - Indispensable - "..a fitting testament to one of the most extraordinary pop artists of the last 20 years.." Included in Q's list of the Fifty Best Albums of 1990. 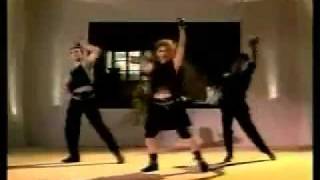 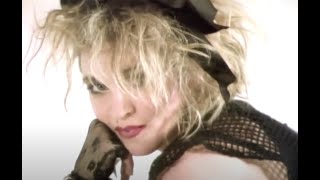 Personnel includes: Madonna (vocals); Lenny Kravitz, Dian Sorel, Catherine Russell, Lillias White (background vocals).
Producers include: Madonna, Stephen Bray, Lenny Kravitz, John "Jellybean" Benitez, Nile Rodgers.
Personnel: Madonna (vocals, background vocals); Peter "Ski" Schwartz (keyboards, programming); Joey Moskowitz (programming); Dian Sorel, Lenny Kravitz, Lillias White, Catherine Russell (background vocals).
Audio Mixers: Michael Hutchinson; Goh Hotoda; Shep Pettibone.
Liner Note Author: Gene Sculatti.
Recording information: Axis Studios, New York, NY; Unique Recording Studio; Waterfront Studios.
Photographer: Herb Ritts.
Arranger: Rob Mounsey.
If you're only going to get one Madonna record, or if you want to find out what the fuss is about, start here. THE IMMACULATE COLLECTION compiles the cream of Madonna's '80s singles, from the dancefloor innocence of "Holiday" to the soul-searching pop of "Live To Tell" and "Like A Prayer" to the forward-looking, beat-crazy stylings of "Vogue." Included are a few singles, "Vogue" among them, that didn't make it onto any of Madonna's proper studio albums, and a couple of cuts exclusive to the collection, most notably the weird, Lenny Kravitz-produced "Justify My Love."
Though there are a few ballads, the vibe is dance-pop, and to that end most of THE IMMACULATE COLLECTION was remixed by Shep Pettibone, Madonna's producer of choice at the time. Most of the mixes are true to the original singles, just buffed up a bit, while "Like A Prayer" gets a kind of Latin disco overhaul. For a summation of '80s pop, you can hardly do better. Seven of these songs hit numbr one and 13 of them made the top ten. And still Madonna was able to leave off several major hits, a measure of how picky she could afford to be. IMMACULATE indeed.