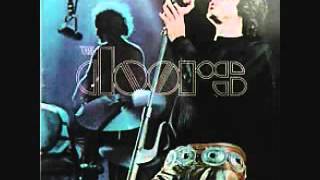 The Doors - Celebration Of The Lizard (Absolutley Live) (Music Video) 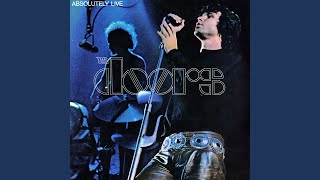 The Doors: Ray Manzarek (vocals, organ, bass instrument); Jim Morrison (vocals); Robby Krieger (guitar); John Densmore (drums).
ABSOLUTELY LIVE was taped during a United State tour that took place between August 1969 and June 1970, and shows off The Doors' strengths as a live band and the way they kept sets interesting by including a broad cross-section of music. Where else could you hear Bo Diddley's "Who Do You Love" sidling up next to Kurt Weill's "Alabama Song?" Ray Manzarek's organ and John Densmore's drumming keep pace throughout as Robbie Krieger's guitar playing show him to be as much of a force in the Doors as Jim Morrison.
As for the Lizard King, his blues growl is put to perfect use on "Backdoor Man," whereas his inner poet takes over on the prophetic "When The Music's Over" and the jazzy, metaphysical "Universal Mind." Morrison's most dramatic turn comes in the personage of a Southern preacher on the intro "Petition The Lord With Prayer" that leads into a medley of "Dead Cats, Dead Rats" and "Break On Through #2." In truth, ABSOLUTELY LIVE does not measure up to the Doors' more meticulously crafted studio efforts, yet it includes material that doesn't appear elsewhere, and is a satisfying snapshot of the band's live show.

20%off
The Doors
Weird Scenes Inside the Goldmine
$15.98 on Sale
Add to Cart

The Doors
Waiting for the Sun
$5.50
Add to Cart