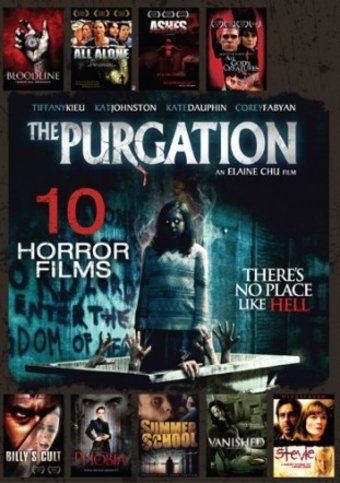 All Alone (2012)
Mandy Levin, Suzy Cote, Brice Williams, David Haydn-Jones
Two couples embark on an overnight camping trip to get away from the confines of the city and escape to the solitude of the mountains where secrets are revealed and desperation fuels an irreversible chain of events.

The Purgation (2015)
Tiffany Kieu, Kat Johnston, Kate Dauphin, Tom Walsh
Iris thinks she's going crazy. To stay sane, she must confront her past by revisiting the site of a childhood trauma - the old county asylum.

Bloodline (2013)
Matt Thompson, Kimberly Alexander, Jesse Kristofferson
A seminary student falls away from the church and his faith, only to find out that his bloodline is sought by real evil.

Phobia (2013)
Erica Leerhsen, Chase Ryan Jeffrey, Matthew Tompkins, Jonathan Brooks
In 1885, a female doctor helping a group of people with their phobias becomes embroiled in a murder mystery surrounding a patient that may or may not be a vampire.

Summer School (2006)
Simon Wallace, Amy Cocchiarella, Tony D. Czech, Lance Hendrickson
Charlie is a teenage horror buff and even runs his own movie review website. He soon finds himself in a series of all-too realistic nightmares that look an awful lot like his movies. His grip on reality loosens as it becomes impossible to tell whether he's awake or asleep.

Vanished (2013)
Stephen Carracher, Carolyn Bock, Cassandra Magrath
A woman searches for many years to exact revenge on a kidnapper..

Stevie (2008)
Catherine McCormack, Jordi Mollá, Ida Jorgensen, Silvia Tortosa
After a long and unsuccessful period trying to have a family, Claire and Adrián finally adopt a girl. The coming of Isabel is desired by the whole family, but making a six-year-old girl with a past of her own fit into her new life might be something more complicated than they expected.