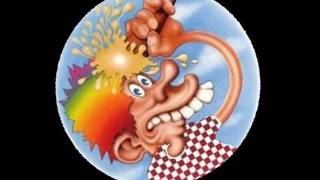 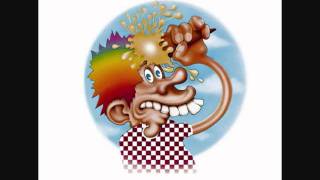 Q - 12/95, p.168
4 Stars - Excellent - "...the Dead were at the height of their powers in spring, 1972....Garcia's liquid guitar never falters, focusing the emotional attack of the shorter songs and stretching out with lyrical abandon on the extended pieces..."
Mojo (Publisher) - p.153
"Originally a triple vinyl set, this was the first of many official and unofficial recordings....They play good-time rock'n'country material with considerable ease, warmth and gusto..."
NME (Magazine) - 1/20/96, p.43
8 (out of 10) - "...covers just about all the band's musical ground and it really is some journey. There's...cosmic biker blues from Pigpen...and there's Dead heaven as Garcia guides the band from 'China Cat Sunflower' through some kind of miraculous osmosis into 'I Know You Rider'..."

Grateful Dead: Jerry Garcia, Bob Weir (vocals, guitar); Ron "Pigpen" McKernan (vocals, harmonica, organ); Phil Lesh (vocals, bass instrument); Donna Jean Godchaux (vocals); Keith Godchaux (piano); Bill Kreutzmann (drums).
Liner Note Author: Steve Silberman.
Originally a three-LP set, this live document of the band at their largest (an octet if you count non-performing lyricist/official member Robert Hunter) is a well-recorded portrait of one of the Dead's finest eras. The Chick Corea-channeled-through-Floyd Cramer piano of Keith Godchaux had already begun to take the Dead to new improvisational heights, but diehard bluesman Pigpen was still representing the group's roots with his harmonica and gritty vocals.
If you favor the jamming side of the Dead, EUROPE '72 offers a wealth of riches. "Morning Dew," "Truckin'" and other classics are presented in epic versions, spotlighting the musicians in all their free-form glory. But those who admire the band's excellent songcraft won't be disappointed either, as songs like "Jack Straw" and "Tennesee Jed" exemplify the Dead's gift for matching lyric with melody. Though the Dead had their moments in the studio, this extended set captures the band as they were truly meant to be experienced: live and uncut.

Grateful Dead
Pirates Of The Deep South
$25.70
Add to Cart