Rolling Stone: "...On ABRAXAS, Santana is a popularized Mongo Santamaria and they might do for Latin music what Chuck Berry did for the blues....a total boogie and the music is right from start to finish." 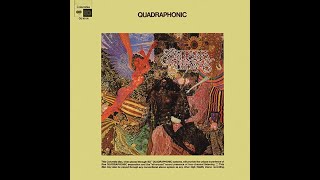 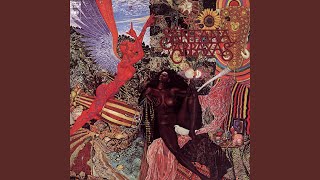 Rolling Stone - 12/24/70, p.54
"...On ABRAXAS, Santana is a popularized Mongo Santamaria and they might do for Latin music what Chuck Berry did for the blues....a total boogie and the music is right from start to finish."
Q - 5/00, p.131
4 stars out of 5 - "...Displays even more grace and power...[than their] fresh, fierce debut..."
Uncut - p.83
"[A] mix of psych, blues and salsa, all tied together by the fluid guitar of one of rock's great stylists."
Vibe - 12/99, p.156
Included in Vibe's 100 Essential Albums of the 20th Century
Musician - 7/98, pp.86-88
"...Sony Legacy's sonic wizards have made...[Santana's] first three albums reappear, each appended with additional live recordings....epochal works...an explosive fusion of Hispanic-edged rock, Afro-Caribbean rhythms, and interstellar improvisation..."

ABRAXAS, the second album by the original (and arguably most powerful) Santana line-up, proved the band's commercial breakthrough. The album's contains two of the group's biggest hits, "Black Magic Woman," a slinky, smooth-edged interpretation of the song written by Fleetwood Mac's Peter Green, and their take on Tito Puente's "Oye Como Va," which injects Carlos Santana's stinging guitar leads into a surging salsa groove. The band's unique, genre-blurring approach makes these singles--and everything else here--unlike anything that had been heard before.
The opener, "Singing Winds, Crying Beasts," showcases Carlos Santana's passionate, soulful six-string mastery over a drifting, psychedelic backdrop. The album ranges in feel, encompassing furiously propulsive jams ("Se A Cabo"), low-key Brazilian grooves ("Samba Para Ti"), and jazzy instrumentals ("Incident at Neshabur"). All the elements that made Santana's debut dazzling--roiling, polyrhythmic percussion, dense, pancultural influences, virtuoso guitar work--are here--sharpened and painted with the rich, heady sound of late-'60s San Francisco (Santana was just as exploratory and innovative as their hometown cohorts the Grateful Dead and the Jefferson Airplane). ABRAXAS remains a seminal Latin-rock release, and one of the undisputed classics of the era.