A hard cop and a soft dame. 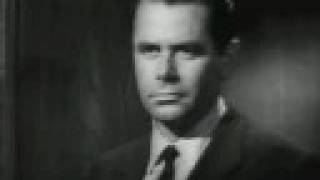 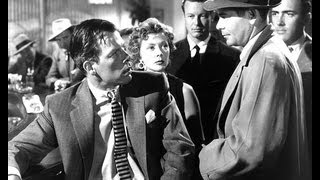 Ruthless criminals, a dedicated honest cop, sultry women and a gripping plot - all the elements of a classic police action-drama are here in full force. Police Sergeant Bannion (Glenn Ford) is investigating the apparent suicide of a corrupt cop, then is suddenly ordered to stop - and The Big Heat is on. Driven to unravel the mystery, Bannion continues probing until an explosion meant for him, kills his wife. He resigns from the force and soon learns that behind it all is the powerful underworld led by Mike Lagana (Alexander Scourby) and his cold-blooded henchman, Vince Stone (Lee Marvin). When Stone's girl Debby (Gloria Grahame) makes a play for Bannion, Stone disfigures her face. In revenge, she tells all she knows. Ultimately, Bannion and Stone square off in a life-or-death confrontation.

THE BIG HEAT, Fritz Lang's most celebrated American film, is a chilling and violent tale of corruption, vengeance, and loss. Dave Bannion, played by distinguished Film Noir actor Glenn Ford, is an upright but unscrupulous cop on the trail of a vicious gang he suspects holds power over the police force. Bannion is tipped off after a colleague's suicide and his fellow officers' suspicious silence lead him to believe that they are on the gangsters' payroll. When a bomb meant for him kills his wife instead, Bannion becomes a furious force of vengeance and justice, aided along the way by the gangster's spurned girlfriend Debbie (Gloria Grahame). As Bannion and Debbie fall further and further into the Gangland's insidious and brutal trap, they must use any means necessary (including murder) to get to the truth. The violence comes suddenly and unrelentingly, as Lang explodes the stripped down story with economic yet forceful cinematography and editing, and gritty yet emotionally gripping performances from Ford and Grahame.

One of the most classic of the film noir genre and one of the darkest and most violent, as well. A bomb goes off and although it was meant to kill a detective, someone else dies in his place. Now he's determined to catch whoever is responsible; unfortunately, the more he searches and the more he learns, the more it seems like the culprits might be the police themselves.

Plunder of the Sun (DVD)
$13 Super Savings
Add to Cart