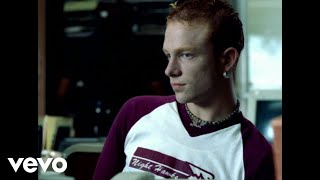 Eve 6: Max Collins (vocals, bass); Jon Siebels (guitar, background vocals); Tony Fagenson (drums).
Additional personnel: Don Gilmore (background vocals).
Recorded at Sound City, Van Nuys, California, Chomsky Ranch, Hollywood, California, and Stepping Stone, Seattle, Washington.
On their self-titled debut, Eve 6's straight-ahead rock sound has elements of alternative, punk and pop. First signed to RCA records while they were still in high school, band members Max Collins (vocals and bass), Jon Siebels (guitars) and Tony Fagenson (drums) have honed their craft into a strong debut, laced with a lyrical maturity not usually found in such a young act. "Inside Out," the first single, is about wanting people to understand you. The infectious chorus of "Leech" is a head-nodding tale of an emotional parasite. Other standouts are "Showerhead" and "Open Road Song," which has a similar sound and structure to early Green Day. Produced by Don Gilmore, the album has a fluid, consistent sound, though none of the songs sound the same.

Vertical Horizon
Everything You Want
$6.97 CD Sale
Add to Cart