Get email alerts for Gregory Isaacs
Currently Out of Stock: We'll get more as soon as possible
Notify Me When Available
Add to Wishlist
Format:  CD
item number:  7AH7A
91% recommend us! 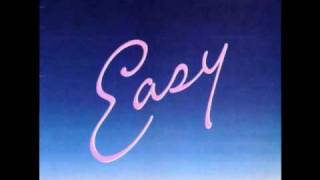 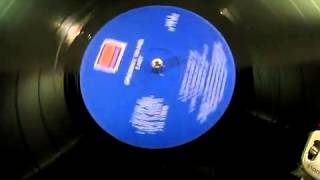 Personnel: Gregory Isaacs (vocals); Dwight Pinkney, Willie Lindo (guitar); Dean Frazer (saxophone); David Madden (trumpet); Mallory Williams, Tyrone Downie (piano); Robbie Lynn (Hammond b-3 organ, synthesizer); Franklyn "Bubbler" Waul (Hammond b-3 organ); Mikey Boo, Style Scott, Sly Dunbar, Carlton "Carly" Barrett (drums); Bungo Herman, Rudy Thomas (percussion).
Audio Mixer: Noel Hearne.
Audio Remasterer: Chris Mann.
Liner Note Author: Tajoi J. Dawkins.
Recording information: Dynamics Recording Studio, Kingston, Jamaica; Music Mountain studio, Kingston, Jamaica; Tuff Gong Recording Studio, Kingston, Jamaica.
Arranger: Peter Dawkins.
Ah, yes, those halcyon early days of embryonic ragga; Sly & Robbie, "Under Me Sleng Teng," and those rhythms that fueled dancehall hits over and over (and over) again. But why stop there, when with the push of a button you can reinvigorate veteran vocalists via this hip new style. It's easy. And Gregory Isaacs, like many other established singers, was keen to have a go, entering the studio with every notable producer of the age. Tad and Peter Dawkins, unlike most of the ragga producers of the time, had more of an interest in the synthesizer as a musical instrument, rather than as a percussive tool. So, while their beats didn't have the power of the competition, the musical arrangements tended to be far more interesting. In contrast to most of what was going on in the dancehall, Easy sounded very much like easy listening, but only because the producers had a light touch and a penchant for upbeat music. Isaacs reacted accordingly, and delivered up a set of silky performances, whose very warmth will be ever more evident in hindsight. Many of the songs are remodels of past hits, "Love Is Overdue" and "Tear Drops" included; also of note is a surprisingly original take on Jacob Miller's "Tenement Yard." All of Easy is very understated, but that's its true beauty. A charming little record, and, while not a classic by any standard, a totally enjoyable experience. ~ Jo-Ann Greene

82%off
Gregory Isaacs
Dancing Floor
$1.98 on Sale
Add to Cart

50%off
Gregory Isaacs
Steal A Little Love
$4.98 on Sale
Add to Cart

Gregory Isaacs
Let Me Be The One
$4.98 on Sale
Add to Cart