After life there is more. The end is just the beginning.

270K ratings
Currently Out of Stock: We'll get more as soon as possible
Notify Me When Available
Add to Wishlist
Format:  Blu-ray
item number:  HXR6
Also released as:
What Dreams May Come for $8.20
91% recommend us! 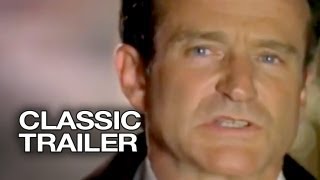 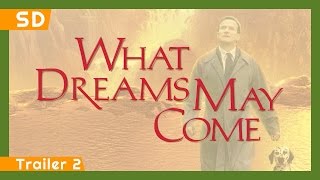 Four years after the tragic death of their children in a car accident, Dr. Chris Nielsen (Robin Williams) is estranged from his wife, Annie (Annabella Sciora), a painter who finds solace in deep and mystical expressionist landscapes. When flustered Annie calls him for support, he rushes out to help and is killed in a road accident. His ghost is greeted by an old mentor, Albert (Cuba Gooding Jr.), who leads him in Ghost-of-Christmas-Past-style to Annie's side. But when Chris realizes that his adherence to the corporeal world is torture to himself and the living Annie, he breaks free of his Earthly bonds and dives into the visual smorgasbord that is the afterlife. There he splashes though clouds and gobs of technicolor paint in breathtaking landscapes suggested to him by Annie's paintings. From there, to grandiose Romanesque cities of flying children, Chris and his old dog are met by a gorgeous stewardess, who reveals herself as a nearly forgotten face from his past. As Chris reconciles with his children in a world where imagination is his palette, in the real world Annie becomes sicker and sicker, and finally enters the afterlife herself. Due to the myriad rules of the Other Side, she is unable to join Chris or her children, and Chris begins a fight for his future with his soul mate.