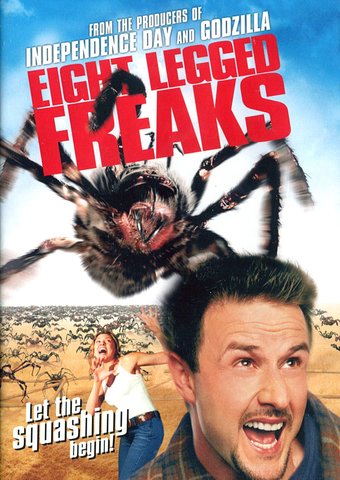 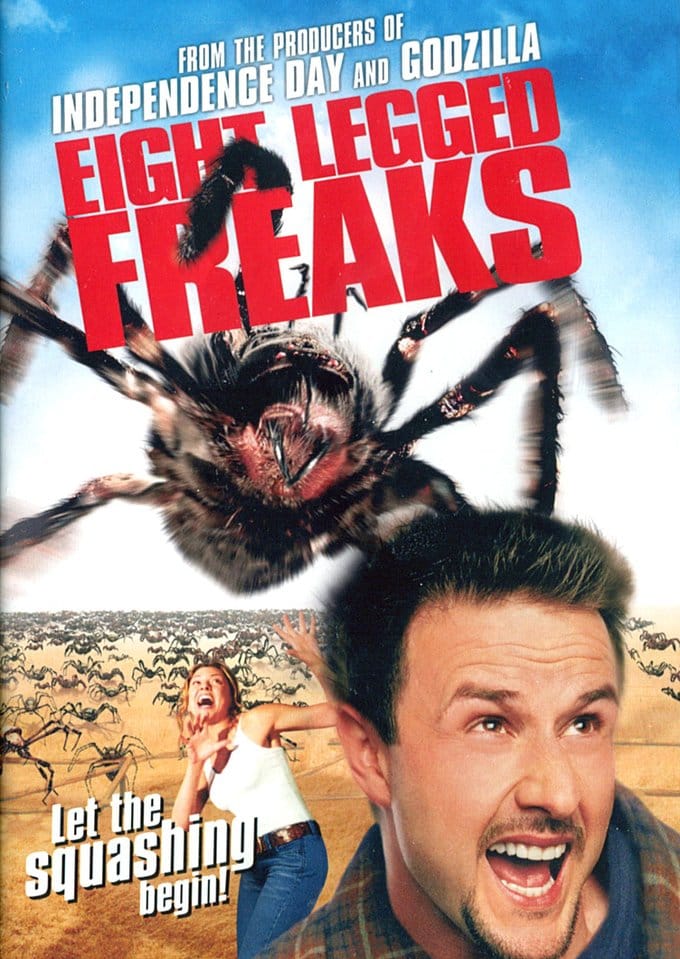 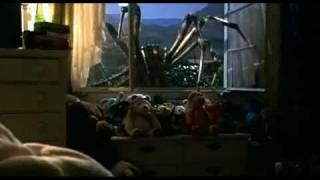 New Zealand-born Ellory Elkayem's EIGHT LEGGED FREAKS is a ridiculously irreverent romp that pays homage to American b-movies of the 1950s. Set in the nearly bankrupt mining town of Prosperity, Arizona, the film opens with the timely return of Chris McCormack (David Arquette). On the outskirts of town, a spider-loving eccentric discovers that water from a nearby river has a steroid-like effect on his tiny creatures. Unfortunately, that's because it has been contaminated by a toxic substance. It isn't long before the now-monstrous spiders are terrorizing Prosperity's townspeople. Taking refuge in the Prosperity Mall, Chris and his fellow cohorts--the beautiful Sheriff Sam Parker (Kari Wuhrer), her kids Mike (Scott Terra) and Ashley (Scarlett Johansson), Deputy Pete (Rick Overton), and paranoid radio DJ Harlan (Doug E. Doug)--search for a way to destroy the gigantic monsters before they are destroyed. Handpicked by producers Dean Devlin and Roland Emmerich, writer-director Elkayem rises to the challenge. He successfully retains the lighthearted, low-budget feel of similar-toned 1950s classics (TARANTULA, THEM!) and merges it with a modern, big-budget aesthetic, to create an outrageously fresh contribution to the "mutant bug" genre.