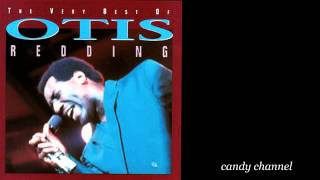 Personnel: Otis Redding (vocals); Steve Cropper (guitar); Andrew Love, Floyd Newman, Joe Arnold, Packy Axton (saxophone); Wayne Jackson, Gene "Bowlegs" Miller (trumpet); Booker T. Jones (piano, organ); Donald "Duck" Dunn, Lewis Steinberg (bass); Al Jackson, Jr. (drums).
Producers: Otis Redding, Steve Cropper, Jim Stewart.
Recorded between 1962 & 1967.
The title isn't exactly accurate; frankly, given the uniformly high quality of Redding's output before his tragic death at the age of 26--the ultimate Otis would have to be a box set of every single note he ever recorded. On the other hand, he already made an album called THE DICTIONARY OF SOUL (the only other title that seems apt), so let's not quibble. THE ULTIMATE OTIS REDDING is, in fact, an extremely well-chosen one-CD best-of by the greatest soul man of them all, highlighting his immense skills as a songwriter ("I Can't Turn You Loose," "Respect"), interpreter ("Try a Little Tenderness," "Satisfaction"), and singer ("That's How Strong My Love Is," "These Arms of Mine"). '60s R&B doesn't get any better.

19%off
Smokey Robinson & The Miracles
The Ultimate Collection
$12.98 on Sale
Add to Cart

40%off
Percy Sledge
The Ultimate Collection: When a Man Loves a Woman
$46.80
Add to Cart

67%off
The Escorts
All We Need Is Another Chance - Golden Classics, Part One (CD)
$4.98 on Sale
Add to Cart