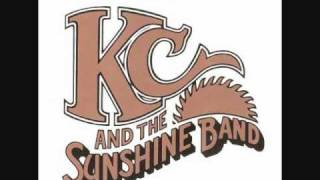 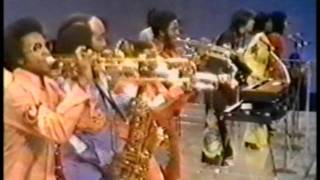 From 1974-1979, KC & the Sunshine Band were one of the most popular R&B/pop acts and writers of the era. The Best of KC & the Sunshine Band covers the high points of the band's production team of keyboardist/vocalist Harry Wayne "K.C." Casey and quirky bassist Richard Finch. The earliest tracks, "Queen of Clubs" and "Sound Your Funky Horn," are good but not great glossy, heavily produced R&B. The list of hits here is impressive whether looking from a straight-up R&B standpoint or early R&B-based disco. "Get Down Tonight" and "That's the Way I Like It," in fact, are the perfect examples of what happened in dance-based music. Tracks from the band's best album, Part 3, rightfully get a lot of slots here. Essential offerings like "I'm Your Boogie Man," "Wrap Your Arms Around Me," "I Like to Do It," and "(Shake, Shake, Shake) Shake Your Booty" display the band as a tireless polyrhythmic machine. The brilliant "Keep It Comin' Love" arguably bests them all. This best-of also includes later tracks, including the raucous and flashy "Do You Wanna Go Party" and the sweeping ballad "Please Don't Go." Although this best-of is more thorough than most, fans might notice a few omissions. "I Get Lifted" and their so-bad-it's-good cover of the Four Tops' classic "It's the Same Old Song" didn't make the cut. The Best of KC & the Sunshine Band is an excellent overview and proves that the band was indeed closer to R&B than they ever were to disco. ~ Jason Elias