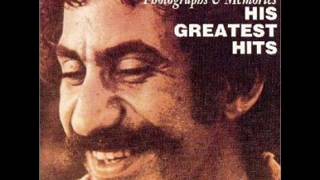 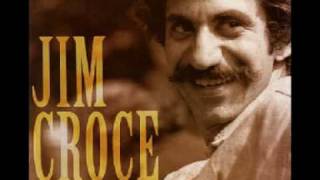 Personnel: Jim Croce (vocals, guitar).
Less than a year after a tragic plane crash took the lives of both singer/guitarist Jim Croce and his touring guitarist Maury Muehleisen on September 20, 1973, the first of many 'best of' collections surfaced, PHOTOGRAPHS & MEMORIES. Since it was originally released, it has become undoubtedly Croce's most popular and best-known release, as it contains nearly all of his very best compositions of his short career. Few artists in folk and rock history have been able to weave storytelling lyrics and fluid guitar lines as masterfully as Croce and Muehleisen did, as proven by just about any of the fourteen tracks included here. You'll find such folk rock classics as "You Don't Mess Around With Jim," "Photographs and Memories," "Time In A Bottle," "Operator (That's Not The Way It Feels)," "Bad, Bad Leroy Brown," as well as such fan faves as "I'll Have To Say I Love You In A Song," "Rapid Roy," and "One Less Set Of Footsteps." While a slight criticism is the mysterious absence of one of Croce's finest songs, "Walkin' Back To Georgia," for a concise overview of Croce's finest selections, PHOTOGRAPHS & MEMORIES is highly recommended.