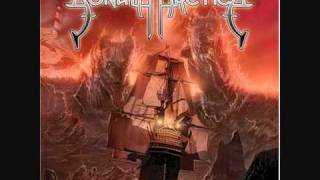 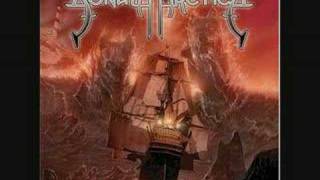 As much as they qualify for all of the negative (read: repetitive) stereotypes of melodic European power metal, Finland's Sonata Arctica somehow manage to suppress the cheese factor to a point where fans of more challenging and aggressive heavy metal can actually stomach their albums. 2005's Reckoning Night is one such triumph, and although the precise reasons behind this remain as unexplainable as ever (possibly vocalist Tony Kakko's more-honest-than-operatic delivery?), the fact is, not only does it prove surprisingly likeable for power metal haters, it naturally qualifies as potentially genre-topping stuff for power metal lovers. "Blinded No More" and "Shamandalie" are picture-perfect melodic metal singles, no doubt destined to climb chars across Scandinavia, Germany and Japan, while similarly mid-paced heritage metal anthems such as "Don't Say a Word" and "White Pearl, Black Oceans" manner their authenticity with just enough progressive rock touches (Kansas, big-time) to keep listeners interested. Even the mockery-begging "The Boy Who Wanted to Be a Real Puppet" manages to pull the rug out from under cynics' feet with its irresistible hooks, leaving it up to the thrash-intensive "Wildfire" to hog such honors instead with its silly spoken fantasy intro. Along the same lines, as usual it's the all-out speed-fests like "Misplaced" and "Fairytale" that curiously proffer the least compelling results, their maddeningly mechanical percussion base and seemingly identically building refrains blurring into oblivion with annoying reliability. But Sonata Arctica manage to sweeten the pot a little here, too, thanks to their creative and original solos -- on guitar as well as on keyboards. In the end, Reckoning Night's greatest achievement is simultaneously representing the best of what power metal has to offer, while qualifying as a very guilty pleasure for metal fans who swear they hate the style. [Note: Certain versions of Reckoning Night contain an acoustic jam entitled "Wrecking the Sphere" as a bonus track.] ~ Eduardo Rivadavia

Nightwish
Made in Hong Kong (And in Various Other Places)
$12.70 CD Sale
Add to Cart

69%off
Anthem
Bound To Break
$3.99 Super Savings
Add to Cart