Bread The Best of Bread

Rolling Stone: "...The album is so perfect, so compact, so endlessly listenable....`Diary' is a real masterpiece..." 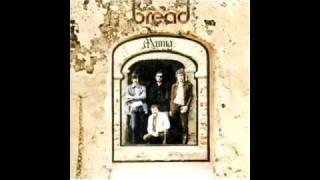 Bread includes: David Gates, James Griffin (vocals, guitar); Larry Knechtel (keyboards); Mike Botts (drums).
Compilation producers: Bread, David McLees, Gary Stewart.
Recorded between 1970 & 1976. Includes liner notes by Barry Alfonso.
Digitally remastered by Bill Inglot & Geoff Sykes.
Audio Remasterer: Bill Inglot.
Liner Note Author: Barry Alfonso.
As The Best of Bread unfolds, its 12 tracks begin to tell a tale of two different types of bands. The first half-dozen songs, all of which were composed by leader David Gates, are studies in soft pop perfection. On these two- and three-minute gems, Gates crafts soaring, evocative melodies that can stand against rock's finest. And though these songs' lyrics tend toward sentimentality, the band offers enough tasteful instrumentation to prevent them from slipping into easy listening melodramatics. Though there are no such concerns for the album's second half, Bread's more aggressive approach is not nearly as compelling. Certainly, tunes like "Mother Freedom" are appealing, middle-of-the-road rockers, but they lack the polished, melodic sophistication of their gentler counterparts. [An expanded edition with eight bonus tracks was also released.] ~ Brian Christopher Egan

Hot
The Doobie Brothers
Best of The Doobies
$6.98 on Sale
Add to Cart

45%off
Tony Delroy presents Great Tracks of Your Life
$4.98 on Sale
Add to Cart