Get email alerts for Suzanne Vega
Available: Usually ships in 3-5 business days
Only 4 copies left
Add to Cart
Add to Wishlist
Format:  Vinyl LP
sku:  6XVEX
Related products:
Suzanne Vega: Tales From The Realm Of The Queen Of Pentacles for $12.33
Leonard Cohen: Songs of Love and Hate [LP] for $26.20
Our customers love us! 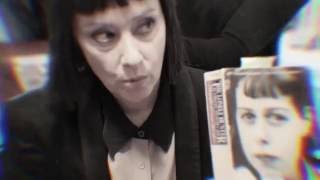 Suzanne Vega has always been a songwriter with a literary sensibility, displaying a feel for character and wordplay that was noticeably more nuanced than her peers. It seems entirely fitting that Vega might wish to honor one of her influences as a writer, and with Lover, Beloved: Songs from an Evening with Carson McCullers, she's done just that. One of Vega's favorite authors is Carson McCullers, who enjoyed critical and popular success in the '40s with her novels The Heart is a Lonely Hunter, The Member of the Wedding, and Reflections in a Golden Eye. In 2011, Vega performed a one-woman show about McCullers' life and work, and five years later she's released Lover, Beloved, which features ten songs she wrote for the show. (Duncan Sheik co-wrote the music with Vega, except for two songs she wrote in collaboration with Michael Jefry Stevens.) The album often has a somewhat different feel than much of Vega's work, especially in the songs in which she takes on McCullers' persona and discusses her early days after leaving Georgia for New York City ("New York Is My Destination"), and dishes about fellow authors she sees as hopeless inferiors ("Harper Lee"). The vintage jazz accents on "Carson's Blues" and "Harper Lee" also take Vega's songs into musical territory that doesn't always seem comfortable to her. However, the less specifically biographical numbers are quite effective, as Vega takes up stories from McCullers' life and work and weaves them into her own creative sensibility. Vega's vocal performances are intelligent and skillful throughout, and the largely acoustic arrangements give this music a vintage sensibility without forcing the issue. Lover, Beloved isn't a radical shift from Suzanne Vega's usual body of work, but it does find her stretching a bit from her comfort zone, and she sails gracefully along on this smart and tuneful song cycle. ~ Mark Deming

Suzanne Vega
Tales from the Realm of the Queen of Pentacles
$13.60 CD Sale
Add to Cart

Glenn Yarbrough
Come Sit By My Side
$5.98 CD Sale
Add to Cart