In all your life you've seen no portrayals to match the thrill of the unquenchable love of Joan Crawford for Van Heflin in "Possessed"! 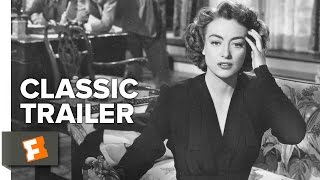 Joan Crawford reteams with producer Jerry Wald of her Academy Award-winning Mildred Pierce and claims a 1947 Best Actress Oscar nomination for her portrayal of tempestuous, mentally unstable Louise. "'I love you' is such an inadequate way of saying I love you," Louis says. "It doesn't quite describe how much it hurts sometimes." With Crawford at her film-noir-queen best, be assured it hurts so good.

The story centers around a woman who is driven mad by her own kind of obsessive love that ultimately ruins her life. Academy Award Nominations: Best Actress-Joan CrawFord.

A disoriented woman is found on the streets of Los Angeles and brought to a psychiatric ward. Through flashbacks she recounts the extraordinary tale of love, rejection, paranoia and murder that led her to wander the streets.