The man who made a monster. 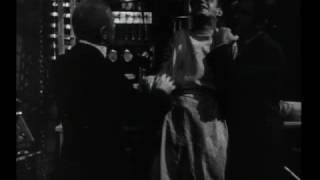 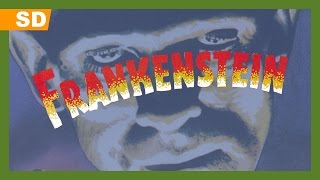 Boris Karloff stars as the screen's most memorable monster in what many consider to be the greatest horror film ever made. Dr. Frankenstein (Colin Clive) dares to tamper with life and death by creating a human monster (Karloff) out of lifeless body parts. It's director James Whale's adaptation of the Mary Shelley novel blended with Karloff's compassionate portrayal of a creature groping for identity that makes Frankenstein a masterpiece not only of the genre, but for all time.

FRANKENSTEIN is James Whale's first stylish, expressionist film (INVISIBLE MAN, BRIDE OF FRANKENSTEIN) to grace the Universal horror cycle of the 1930s and 1940s (DRACULA, THE MUMMY). Scientist Henry Frankenstein (Colin Clive) and his hunchbacked assistant, Fritz (Dwight Frye), embark on an unholy mission by stealing a body from a graveyard and a human brain from a medical college. Unbeknownst to Frankenstein, however, Fritz takes a violent and murderous abnormal brain. Henry's strange letters about his experiments worry his fiancée, Elizabeth (Mae Clark), and friends Victor (John Boles) and Dr. Waldman (Edward Van Sloan). They arrive at Frankenstein's laboratory to find the spectacular scene of creation under way--and Frankenstein intoxicated with his own godlike power.

FRANKENSTEIN is in many ways the original horror classic, virtually creating the genre itself, leading to numerous sequels and myriad imitators. Whale's ability to give humanity to the Monster is one of the film's most stunning successes.

James Whale's trailblazing horror classic is loosely based on Mary Wollstonecraft Shelley's gothic novel and features Boris Karloff in the role that made him a star. Mad scientist Henry Frankenstein (Colin Clive) has an insane ambition to create life in his own image. Frankenstein and his hunchbacked assistant, Fritz (Dwight Frye), toil in his foreboding mountaintop laboratory using pillaged human brains and cadavers. With the terrible creation's success, Frankenstein must shield his fiancée, Elizabeth (Mae Clark), and friends from the Monster's (Boris Karloff) fiendish wrath. Will Frankenstein pay the ultimate price for playing God'


I got 'The Mummy' at the beginning of the year from Alpha (they had a very limited amount for sale on this site), & it was only $5.95 for a Universal OOP title!!! How do they do it? Get this classic now before it's gone...A must!!!