Get email alerts for Art Blakey
Currently Out of Stock: We'll get more as soon as possible
Notify Me When Available
Add to Wishlist
Format:  Vinyl LP
item number:  BTE 31964011
91% recommend us! 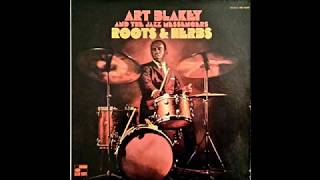 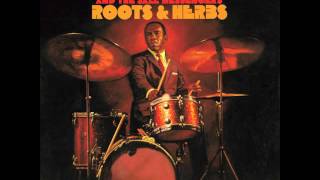 Full performer name: Art Blakey & The Jazz Messengers.
Art Blakey & The Jazz Messengers: Art Blakey (drums); Wayne Shorter (tenor saxophone); Lee Morgan (trumpet); Bobby Timmons, Walter Davis, Jr. (piano); Jymie Merritt (bass).
Producer: Alfred Lion.
Reissue producer: Michael Cuscuna.
Recorded at the Van Gelder Studio, Englewood Cliffs, New Jersey on February 12 & 18 and May 27, 1961. Originally released on Blue Note (84347). Includes liner notes by Jack Tracy.
Digitally remastered using 24-bit technology by Ron McMaster.
During the early '60s, Art Blakey & The Jazz Messengers were the leading practitioners of hard bop and set a new standard for hard-swinging blues-inflected jazz. This rare Blue Note disc from 1961 showcases the composing talents of Wayne Shorter, who was the Messengers' music director throughout his tenure with the group. This is certainly the prime era of the Messengers with Lee Morgan and Curtis Fuller filling out the front line with Shorter and Bobby Timmons or Walter Davis Jr. on piano alongside Blakey and Jymie Merritt in the rhythm section.
Although ROOTS AND HERBS was not actually released until 1970, it is every bit as powerful a statement as THE BIG BEAT or MOANIN'. Shorter's uncanny sense of melodic invention plays out in stellar cuts like "Ping Pong" and the exciting "Look at the Birdie." In contrast, the bluesy swinger "The Back Sliders" features a very traditional form and plenty of room for the horn line to stretch out. Blakey takes a dramatic solo turn on the rhythmic "United" with percussion support from the other Messengers. As a bonus, the included alternate takes only increase this disc's value as a must-have for serious Blakey fans.