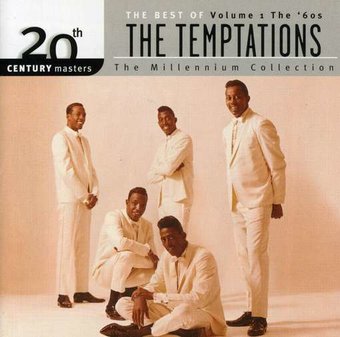 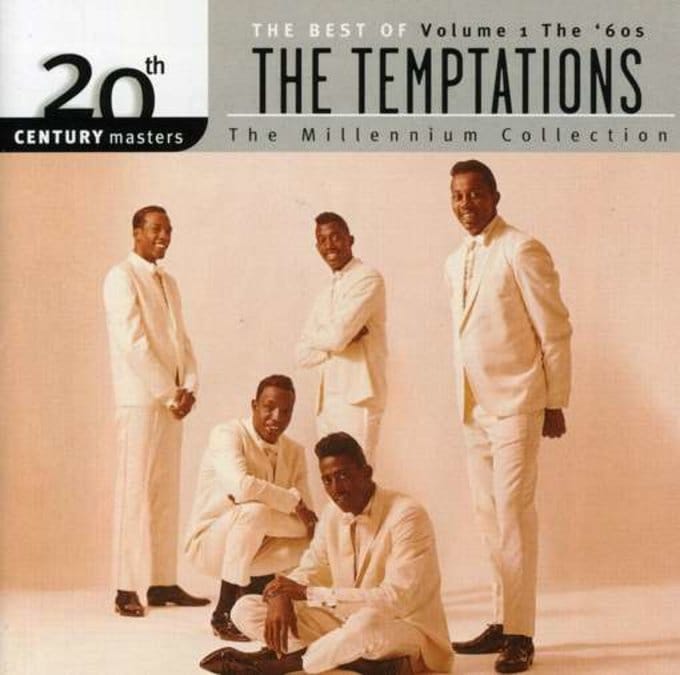 Producers: Smokey Robinson, Norman Whitfield, Frank Wilson, Nickolas Ashford.
Compilation producer: Harry Weinger.
Recorded between 1964 & 1969. Includes liner notes by Leonard Pitts, Jr.
Digitally remastered by Suha Gur and Kevin Reeves (Universal Music Studios East).
This is part of MCA's 20th Century Masters: The Millennium Collection series.
Liner Note Author: A. Scott Galloway.
Recording information: 1964-1969.
A handy primer for the uninitiated, the 11-track budget-priced 20TH CENTURY MASTERS VOLUME ONE is an excellent overview of the Temptations' very best '60s singles. Probably the most consistently talented group of Motown's golden era, The Temptations released literally dozens of terrific singles, but the compilers of this collection managed the difficult feat of paring down this tremendous pile of work down to a solid overview of the group's absolute finest moments. Other than Norman Whitfield's psychedelic anti-drug song "Cloud Nine," the anthology sticks to the Temptations' masterful string of Holland-Dozier-Holland love songs. There's simpluy no arguing about the quality of songs like "My Girl," "The Way You Do The Things You Do" and "Ain't Too Proud to Beg," and even lesser-known singles like "Beauty is Only Skin Deep" are classics. Fans already have all of these songs, of course, but this is both a great introduction and an indispensable party album.

16%off
Stevie Wonder
The Definitive Collection
$14.20
Add to Cart

43%off
The Temptations
Ultimate Collection
$8.60 CYBER WEEK
Add to Cart

49%off
The Temptations
The Definitive Collection (CD)
$8.60 CYBER WEEK
Add to Cart

The Temptations
Everything for Christmas / Silent Night
$4.25 CYBER WEEK
Add to Cart
(4)