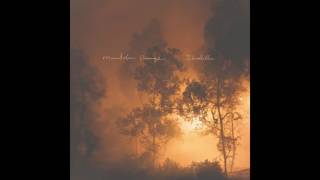 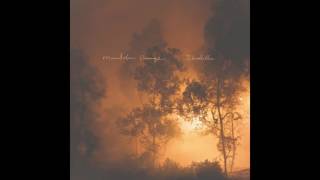 On their fifth album, 2016's Blindfaller, Mandolin Orange once again show they have a true gift for keeping one foot in the past and the other in the present day. Group founders Andrew Marlin and Emily Frantz can harmonize with a casual but emphatic touch that sounds Appalachian at one moment, and like modern-day Big City folkies at the next. Marlin's mandolin and Frantz's fiddle work a similar magic, clearly inspired by vintage bluegrass and mountain music but also with a touch of the smoky drift of psychedelia when the music floats along a cloud of twang and reverb. Marlin and Frantz expanded Mandolin Orange into a full band for Blindfaller, with the duo joined in the studio by Josh Oliver on keyboards and guitar, Allyn Love on pedal steel, Clint Mullican on bass, and Kyle Keegan on drums. The additional musicians fill out the sound as well as the spirit of the group, and on "Hard Travelin'" they sound like a good, rowdy country-rock band kicking up their heels on a Saturday night. However, the six-piece Mandolin Orange gain most in dynamics, not volume, on Blindfaller; at their heart, they are still an acoustic band, with Marlin and Frantz dominating the arrangements, and the texture of this music has more to do with the close interaction of the players than an effort to beef up Mandolin Orange's attack. And as songwriters, Mandolin Orange remain literate but down-to-earth storytellers, whether they're singing about love ("Take This Heart of Gold"), touring ("Hard Travelin'"), or the spiritual insincerity of certain politicians ("Gospel Shoes"). Blindfaller finds Mandolin Orange taking some strong steps forward while keeping a close watch on what they do best, and this music should please old fans while intriguing new ones. ~ Mark Deming

Gregory Alan Isakov
With The Colorado Symphony
$19
Add to Cart

Gregory Alan Isakov
That Sea, The Gambler
$19
Add to Cart

Mandolin Orange
Tides of a Teardrop
$17.20
Add to Cart

Mandolin Orange
Tides Of A Teardrop
$19
Add to Cart