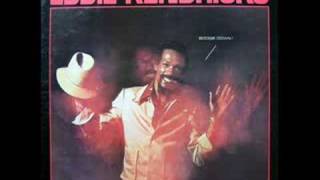 Personnel includes: Eddie Kendricks (vocals).
Producers: Frank Wilson, Leonard Caston, Norman Harris, Daryl Hall, John Oates.
Compilation producer: Harry Weinger.
Recorded between 1973 and 1985. Originally released on Tamla. Includes liner notes by A. Scott Galloway.
Digitally remastered by Suha Gur (Universal Matering).
Liner Note Author: A. Scott Galloway.
Arrangers: Jerry Long; Frank Wilson ; Sanford Shire; Jimmie Haskell; Norman Harris; David Van De Pitte.
Recommended for easily satisfied casual fans only, diehard Eddie Kendricks janissaries won't find much satisfaction with this scanty run-down of Kendricks' solo career, which found the ex-Temptation constantly on the R&B charts and no stranger to pop chart success. Sadly, his two biggest pop darts ("Keep on Truckin'" and "Boogie Down") are not the lengthy album tracks but the short radio edits. Just when "Keep on Truckin'" starts kicking you're rollin' into "Boogie Down," which turns out to be a shortie too. Miraculously, his disco thumper "Girl You Need a Change of Mind" runs its full 7:33. A saving point is the inclusion of both title tracks from his overlooked albums done in Philadelphia under Norman Harris; you usually get "He's a Friend of Mine" in compilations but almost never "Going up in Smoke." The beautiful "Tell Her Love Has Felt the Need" is a majestically executed weeper. "Can I," the ballad most identified with Kendricks (other than "Just My Imagination"), didn't make the cut -- another bummer. ~ Andrew Hamilton


We love and miss Eddie Kendricks his voice is legendary during his life. His falsetto singing will long be remembered by fans as myself and others. This song says it in one word..."awesome".