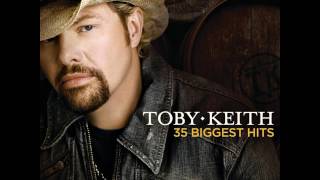 Producers: Nelson Larkin, Harold Shedd, Toby Keith.
Compilation producer: Mike Ragogna.
Includes liner notes by Robyn Flans.
Liner Note Author: Robyn Flans.
Photographers: Dean Dixon ; Ron Davis .
Unknown Contributor Role: Nelson Larkin.
Debuting in 1993, Toby Keith quickly became one of the top country artists of the '90s. While this collection shares several cuts with 1998's GREATEST HITS VOL. 1, there's enough of a difference between the two to satisfy hardcore Keith fans, and 20TH CENTURY MASTERS is an equally definitive summation of Keith's career. Despite its 2003 release date, this compilation wisely sidesteps the jingoism of Keith's post-9/11 hit "Courtesy of the Red, White and Blue" in favor of less opinionated fare. It's far easier for listeners of any political persuasion to savor the pleasures of the time-tested barroom honky-tonk tracks "A Little Less Talk and a Little More Action" and "You Ain't Much Fun." And then there's the subtle, "Save the Last Dance for Me"-like baion lilt of "Wish I Didn't Know Now" and the strings-and-piano-assisted balladry of "Does That Blue Moon Ever Shine on You." Additionally, you've got to hand it to a country singer who duet credibly with Sting, as Keith does on the Police man's "I'm So Happy I Can't Stop Crying."