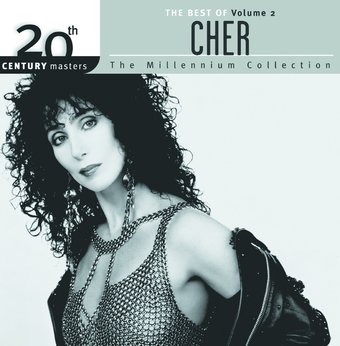 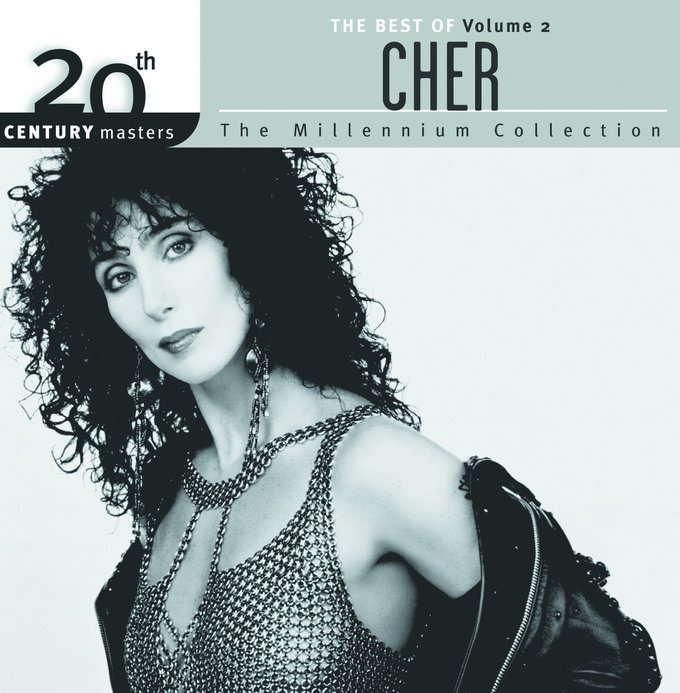 Get email alerts for Cher
9 ratings
Out of Print: Future availability is unknown
Notify Me When Available
Add to Wishlist
Format:  CD
item number:  J6ED
Products with a similar style:
Cyndi Lauper: Wanna Have Fun (CD) $5.98
91% recommend us!

Personnel includes: Cher, Peter Cetera (vocals).
Producers include: Mark Taylor, Brian Rawling, Stephen Lipson, Guy Roche, Diane Warren.
Compilation producer: Mike Ragogna.
Recorded between 1987 & 1998 Includes liner notes by Robin Flans.
This is part of "20th Century Masters: The Millenium Collection" series.
Liner Note Author: Robyn Flans.
Photographers: Herb Ritts; Matthew Rolston; Michael Lavine.
20th Century Masters - The Millennium Collection: The Best of Cher, Vol. 2 collects 12 tracks from her second coming as a power ballad-blasting metal babe in the '80s as well as songs from her remarkable comeback as a dancefloor diva in the late '90s. The disc kicks off with the startlingly good "Believe," a novelty-flavored dance track (that vocoder!) that somehow works both as a floor filler and as a powerful statement of romance. The other two songs from her dance-diva records are not quite as good but are certainly no embarrassment. The rest of the disc consists of cuts from her Geffen albums: two from 1987's Cher, four from 1989's Heart of Stone (one of the four is a weak remix of the title track that first appeared on If I Could Turn Back Time: Cher's Greatest Hits) including the awesome "If I Could Turn Back Time," two from 1991's Love Hurts including the Def Leppard meets, well, Cher rocker "Save Up All Your Tears," and her fun version of "The Shoop Shoop Song (It's in His Kiss)" from the soundtrack to Mermaids. This isn't important music by any means, but if you check your preconceptions it is fine pop music. The only problem with this disc is that it duplicates ten songs from 2003's career-spanning Very Best of Cher on Rhino. The only tracks that are here that aren't there are the less than vital "Love and Understanding" and "We All Sleep Alone." Unless you are only a fan of the post-'70s Cher, that is the disc to get. ~ Tim Sendra

41%off
The Cranberries
20th Century Masters: The Millennium Collection: The Best... (CD)
$9.49 on Sale
Add to Cart