Carpenters The 20th Century Masters - The Millennium Collection: The Best of the Carpenters 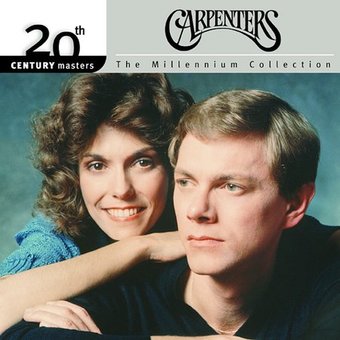 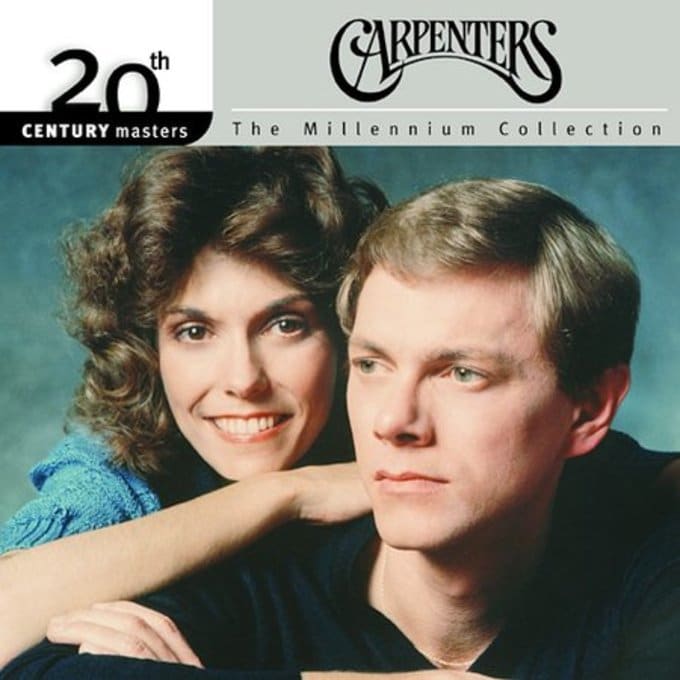 Producers: Jack Daugherty, Richard Carpenter, The Carpenters.
Compilation producer: Richard Carpenter.
Recorded beteen 1971 & 1976. Includes liner notes by Robyn Flanns.
All tracks have been digitally remastered.
Liner Note Authors: Ed Caraeff; Robyn Flans.
Photographers: Jim McCrary; Ed Caraeff; Norman Seeff; Annie Leibovitz; Bonnie Schiffman.
Unknown Contributor Role: Barry Korkin.
Arrangers: Paul Riser; Peter Knight; Richard Carpenter .
It probably is not an oversight that the Carpenters entry in Universal Music Group's discount-priced compilation series 20th Century Masters - The Millennium Collection, unlike all the others, does not begin its title with the words "The Best of...." There have been plenty of Carpenters hits compilations, some of them still in print, and Richard Carpenter, who compiled this album, seems to have wearied of reconfiguring the group's hits one more time. Eight of the 12 tracks here were chart singles, including the number one hits "Please Mr. Postman" and "Top of the World," but there are also down-chart items like "Bless the Beasts and the Children" and "I Believe You," as well as album-only tracks like a cover of Leon Russell's "This Masquerade" and "Love Is Surrender." So this is not the album to buy if what you're looking for is a single-disc Carpenters hits collection. (That would be Singles 1969-1981.) To the extent that it's a thematic compilation, the album seems to have a tone of nostalgia and looking backward, beginning with "Yesterday Once More" and also including "Only Yesterday," with the word "yesterday" turning up elsewhere as well. Richard Carpenter seems determined to demonstrate that there was more to the Carpenters than just the hits, and certainly some of the non-hit material sounds just as good, if not quite as catchy, as the hits. But it's not clear on what basis the potential consumer would buy this album, since it does not fulfill the 20th Century Masters - The Millennium Collection premise of providing an inexpensive, short collection of an artist's best-known material. ~ William Ruhlmann

Carpenters
Voice of the Heart
$21.70
Add to Cart