The Delfonics La La Means I Love You 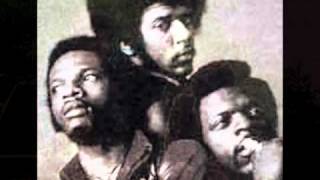 The Delfonics: William Hart, Wilbert Hart, Randy Cain.
Additional personnel includes: Thom Bell (arranger, conductor); Norman Harris (guitar); Don Renalde, Ralph Malizia, Anthony Sinagogo, Igor Seyrvec, Charles Apellonea, Dave Barnett, Renard Edwards, Dane Coll, Joseph Delengilis, Floyd Snyder, Carter Daviel (strings); Vince Montana (vibraphone); Ronnie Baker (bass).
Reissue producer: Rob Santos.
Originally released on Philly Groove Incorporated (1150). Includes liner notes by Ted Williams and Bill Dahl.
All tracks have been digitally remastered.
The Delfonics' 1968 debut album is pretty much the textbook definition of Philly soul, and as such, it's as close to musical heaven as one can get. The trio's vocal harmonies float luxuriously atop lush, billowing layers of strings and horns, sparkling mallet percussion, and gently undulating grooves that mix pop/R&B with the occasional dash of soft funk.
Philly soul mastermind Thom Bell was the songwriting/producing genius who helped craft the sound, but it would all be for naught without the shimmering vocal blend of the Delfonics. The title track of LA LA MEANS I LOVE YOU is one of the group's best-known tunes, but its poignant, romantic mood is carried out just as effectively through the rest of the album, on everything from covers of "Alfie" and "The Look of Love" to the forlorn feeling of "Losing You" and "You're Gone." This is a smooth soul classic full of elegant, evocative gems.

The Delfonics
La-La Means I Love You: The Definitive Collection
$8.20
Add to Cart
(50+)