The first film version of the famed German play about a prince who must give up the woman he loves to become king. Plus an adaptation of Tolstoy's 'Resurrection' directed by D.W. Griffith. 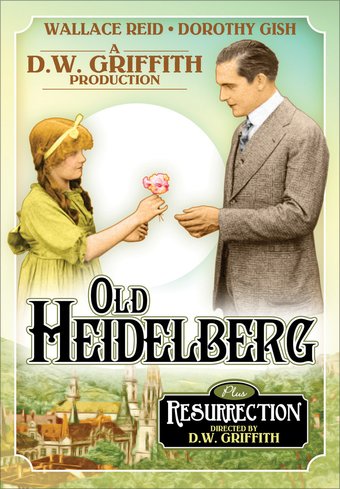 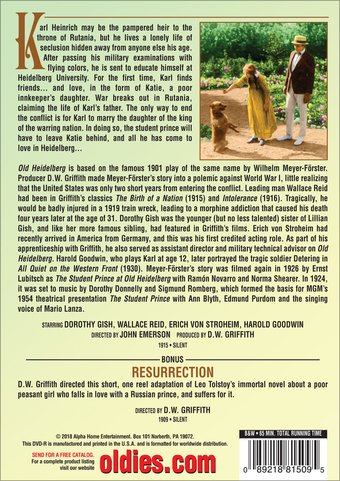 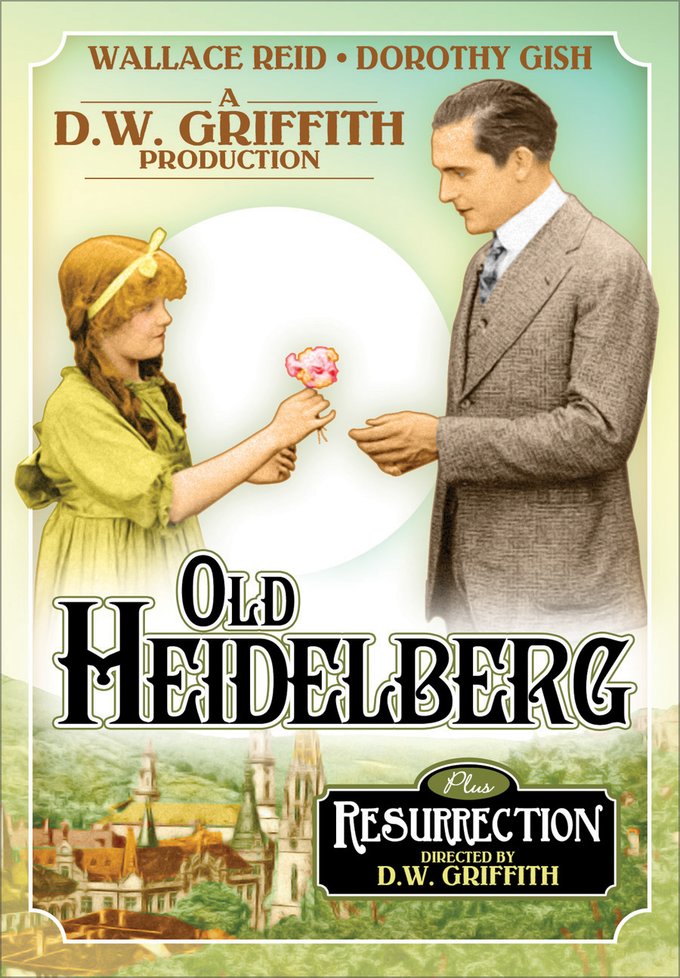 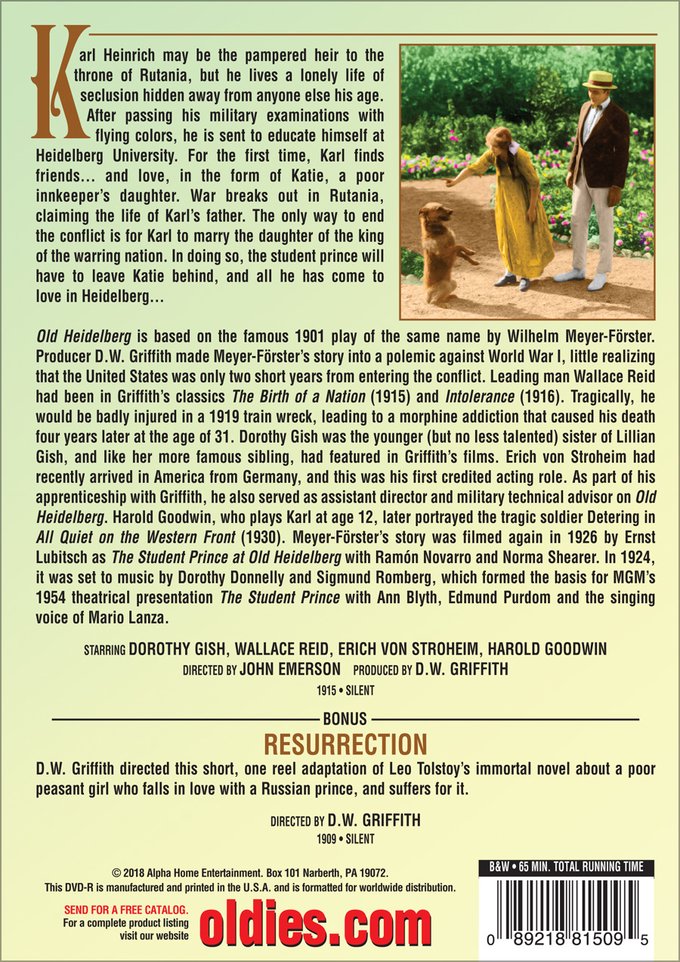 Karl Heinrich may be the pampered heir to the throne of Rutania, but he lives a lonely life of seclusion hidden away from anyone else his age. After passing his military examinations with flying colors, he is sent to educate himself at Heidelberg University. For the first time, Karl finds friends...and love, in the form of Katie, a poor innkeeper's daughter. War breaks out in Rutania, claiming the life of Karl's father. The only way to end the conflict is for Karl to marry the daughter of the king of the warring nation. In doing so, the student prince will have to leave Katie behind, and all he has come to love in Heidelberg...

Old Heidelberg is based on the famous 1901 play of the same name by Wilhelm Meyer-Förster. Producer D.W. Griffith made Meyer-Förster's story into a polemic against World War I, little realizing that the United States was only two short years from entering the conflict. Leading man Wallace Reid had been in Griffith's classics The Birth of a Nation (1915) and Intolerance (1916). Tragically, he would be badly injured in a 1919 train wreck, leading to a morphine addiction that caused his death four years later at the age of 31. Dorothy Gish was the younger (but no less talented) sister of Lillian Gish, and like her more famous sibling, had featured in Griffith's films. Erich von Stroheim had recently arrived in America from Germany, and this was his first credited acting role. As part of his apprenticeship with Griffith, he also served as assistant director and military technical advisor on Old Heidelberg. Harold Goodwin, who plays Karl at age 12, later portrayed the tragic soldier Detering in All Quiet on the Western Front (1930). Meyer-Förster's story was filmed again in 1926 by Ernst Lubitsch as The Student Prince at Old Heidelberg with Ramón Novarro and Norma Shearer. In 1924, it was set to music by Dorothy Donnelly and Sigmund Romberg, which formed the basis for MGM's 1954 theatrical presentation The Student Prince with Ann Blyth, Edmund Purdom and the singing voice of Mario Lanza.

BONUS: Resurrection (1909): D.W. Griffith directed this short, one reel adaptation of Leo Tolstoy's immortal novel about a poor peasant girl who falls in love with a Russian prince, and suffers for it.