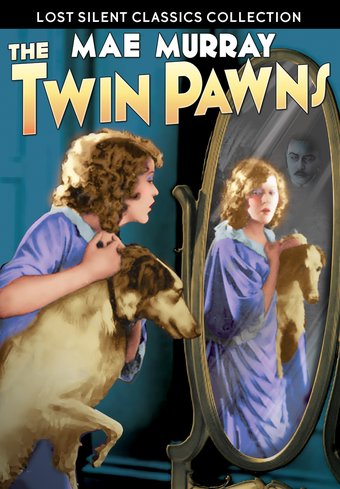 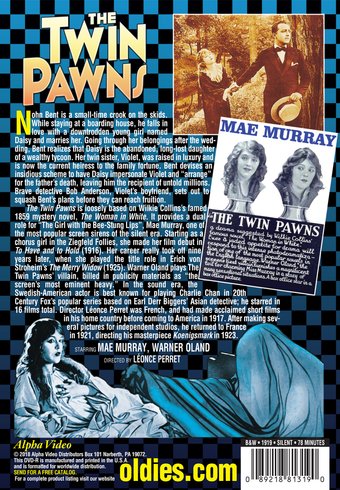 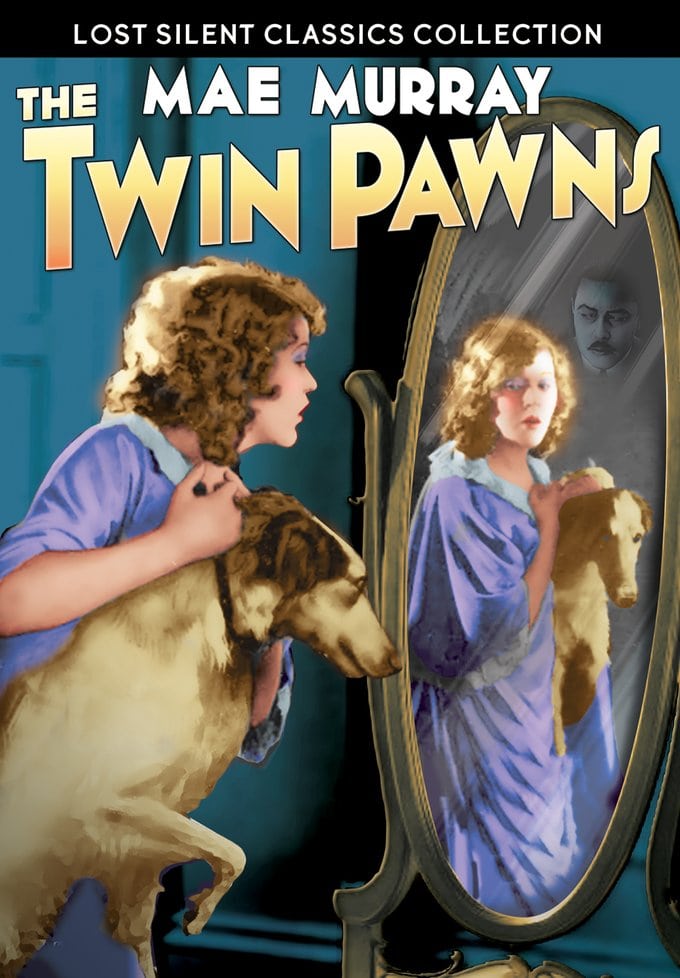 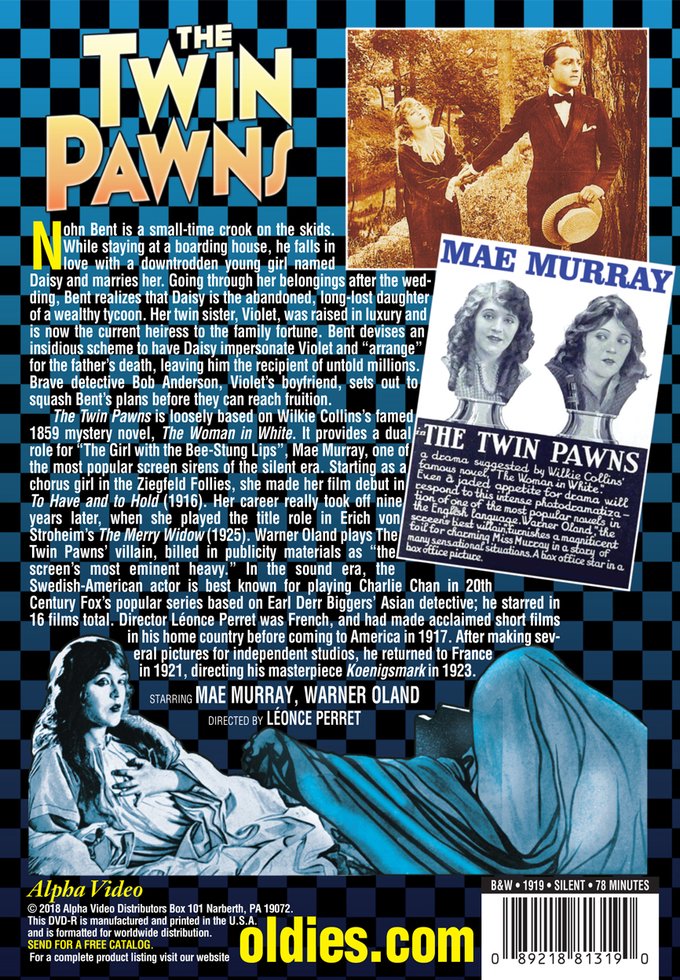 John Bent is a small-time crook on the skids. While staying at a boarding house, he falls in love with a downtrodden young girl named Daisy and marries her. Going through her belongings after the wedding, Bent realizes that Daisy is the abandoned, long-lost daughter of a wealthy tycoon. Her twin sister, Violet, was raised in luxury and is now the current heiress to the family fortune. Bent devises an insidious scheme to have Daisy impersonate Violet and "arrange" for the father's death, leaving him the recipient of untold millions. Brave detective Bob Anderson, Violet's boyfriend, sets out to squash Bent's plans before they can reach fruition.

The Twin Pawns is loosely based on Wilkie Collins's famed 1859 mystery novel, The Woman in White. It provides a dual role for "The Girl with the Bee-Stung Lips", Mae Murray, one of the most popular screen sirens of the silent era. Starting as a chorus girl in the Ziegfeld Follies, she made her film debut in To Have and to Hold(1916). Her career really took off nine years later, when she played the title role in Erich von Stroheim's The Merry Widow (1925). Warner Oland plays The Twin Pawns' villain, billed in publicity materials as "the screen's most eminent heavy." In the sound era, the Swedish-American actor is best known for playing Charlie Chan in 20th Century Fox's popular series based on Earl Derr Biggers' Asian detective; he starred in 16 films total. Director Léonce Perret was French, and had made acclaimed short films in his home country before coming to America in 1917. After making several pictures for independent studios, he returned to France in 1921, directing his masterpiece Koenigsmark in 1923.