An innocent ranch hand is framed for murder, and only his faithful wolf dog can save him from the hangman's noose./A highly fictionalized account of the life of Harry Tracy, one of the most notorious desperados of the Old West. 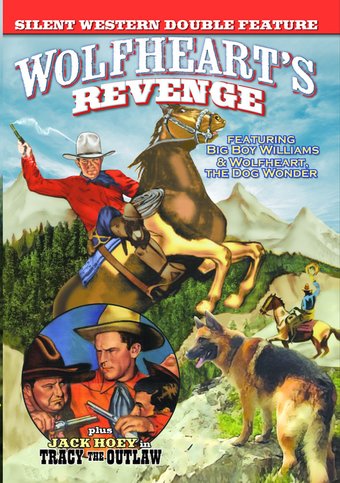 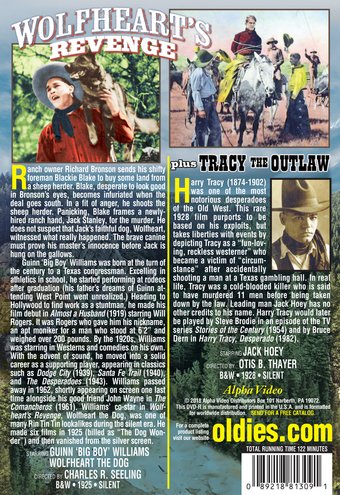 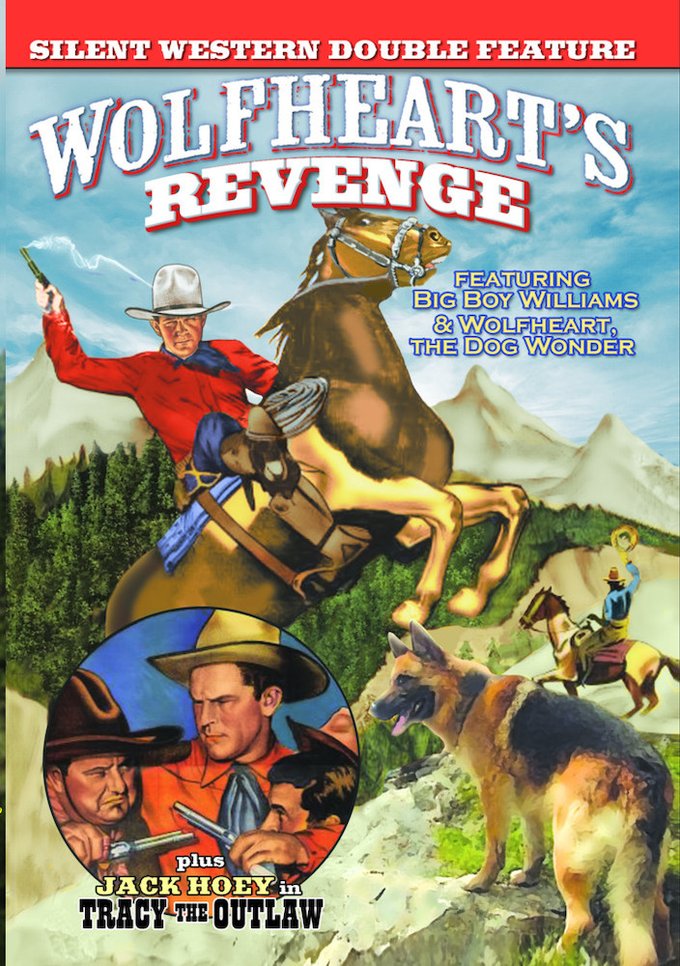 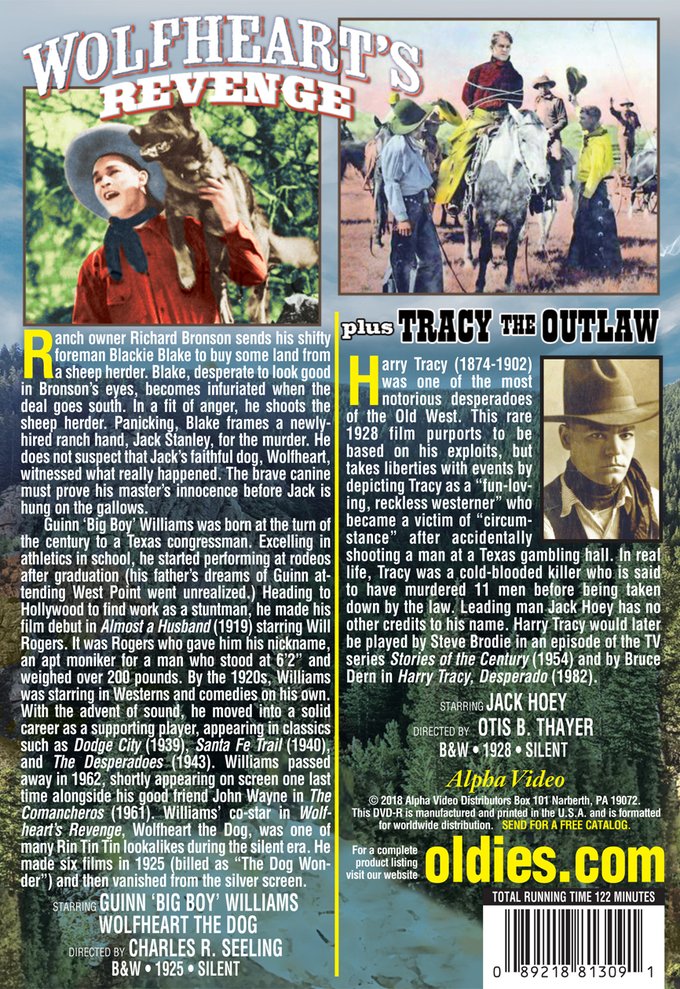 WOLFHEART'S REVENGE (1925): Ranch owner Richard Bronson sends his shifty foreman Blackie Blake to buy some land from a sheep herder. Blake, desperate to look good in Bronson's eyes, becomes infuriated when the deal goes south. In a fit of anger, he shoots the sheep herder. Panicking, Blake frames a newly-hired ranch hand, Jack Stanley, for the murder. He does not suspect that Jack's faithful dog, Wolfheart, witnessed what really happened. The brave canine must prove his master's innocence before Jack is hung on the gallows.

Guinn 'Big Boy' Williams was born at the turn of the century to a Texas congressman. Excelling in athletics in school, he started performing at rodeos after graduation (his father's dreams of Guinn attending West Point went unrealized.) Heading to Hollywood to find work as a stuntman, he made his film debut in Almost a Husband (1919) starring Will Rogers. It was Rogers who gave him his nickname, an apt moniker for a man who stood at 6'2" and weighed over 200 pounds. By the 1920s, Williams was starring in Westerns and comedies on his own. With the advent of sound, he moved into a solid career as a supporting player, appearing in classics such as Dodge City (1939), Santa Fe Trail (1940), and The Desperadoes (1943). Williams passed away in 1962, shortly appearing on screen one last time alongside his good friend John Wayne in The Comancheros (1961). Williams' co-star in Wolfheart's Revenge, Wolfheart the Dog, was one of many Rin Tin Tin lookalikes during the silent era. He made six films in 1925 (billed as "The Dog Wonder") and then vanished from the silver screen.

TRACY THE OUTLAW (1928): Harry Tracy (1874-1902) was one of the most notorious desperadoes of the Old West. This rare 1928 film purports to be based on his exploits, but takes liberties with events by depicting Tracy as a "fun-loving, reckless westerner" who became a victim of "circumstance" after accidentally shooting a man at a Texas gambling hall. In real life, Tracy was a cold-blooded killer who is said to have murdered 11 men before being taken down by the law. Leading man Jack Hoey has no other credits to his name. Harry Tracy would later be played by Steve Brodie in an episode of the TV series Stories of the Century (1954) and by Bruce Dern in Harry Tracy, Desperado (1982).