A young couple's wedding night is thrown into disarray when the groom's father is murdered. Featuring Gary Cooper in an early role! 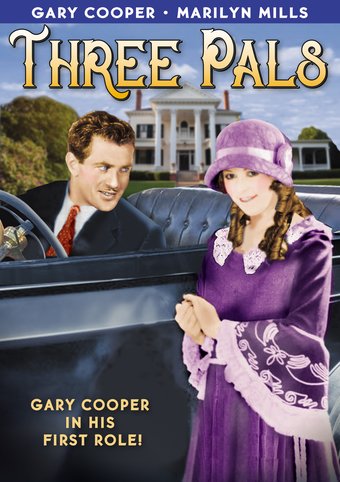 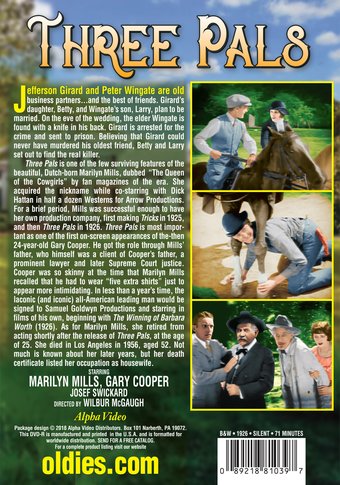 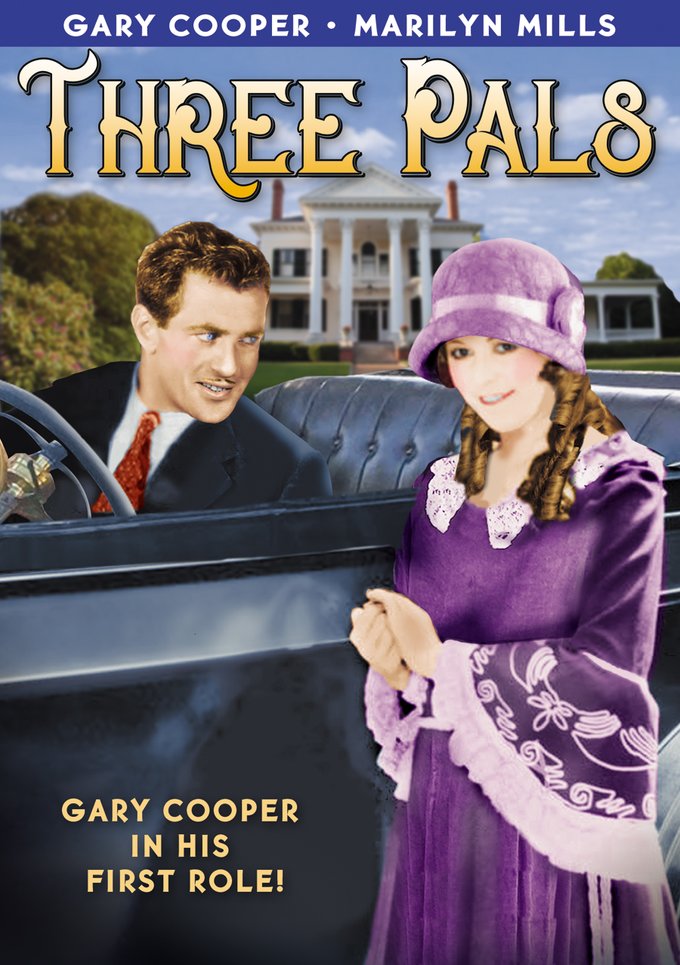 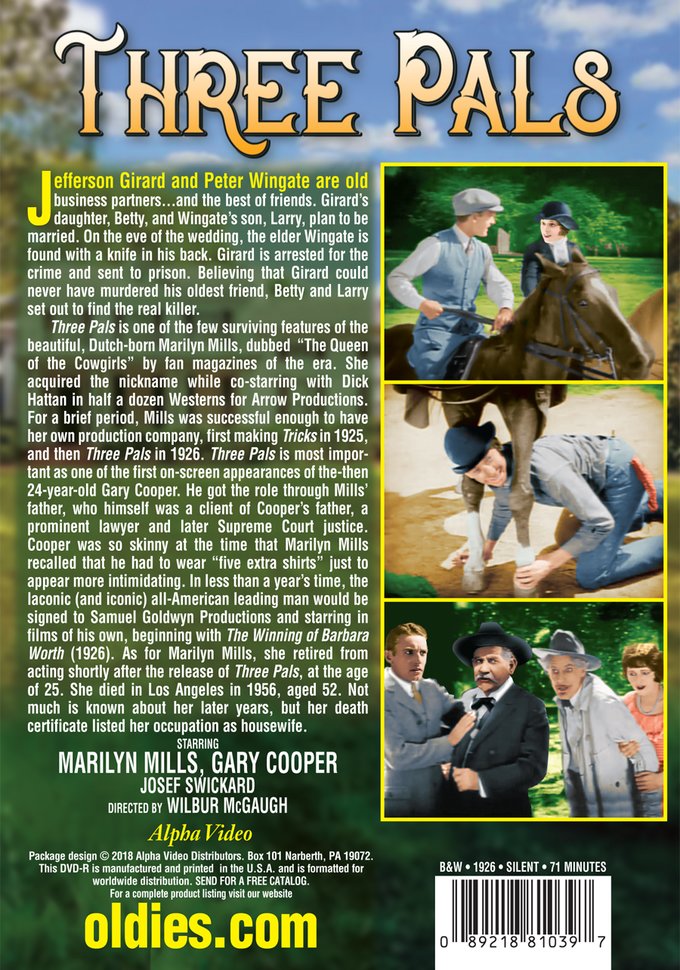 Jefferson Girard and Peter Wingate are old business partners...and the best of friends. Girard's daughter, Betty, and Wingate's son, Larry, plan to be married. On the night of the wedding, the elder Wingate is found with a knife in his back. Girard is arrested for the crime and sent to prison. Believing that Girard could never have murdered his oldest friend, Betty and Larry set out to find the real killer.

Three Pals is one of the few surviving features of the beautiful, Dutch-born Marilyn Mills, dubbed "The Queen of the Cowgirls" by fan magazines of the era. She acquired the nickname while co-starring with Dick Hattan in half a dozen Westerns for Arrow Productions. For a brief period, Mills was successful enough to have her own production company, first making Tricks in 1925, and then Three Pals in 1926. Three Pals is most important as one of the first on-screen appearances of the-then 24-year-old Gary Cooper. He got the role through Mills' father, who himself was a client of Cooper's father, a prominent lawyer and later Supreme Court justice. Cooper was so skinny at the time that Marilyn Mills recalled that he had to wear "five extra shirts" just to appear more intimidating. In less than a year's time, the laconic (and iconic) all-American leading man would be signed to Samuel Goldwyn Productions and starring in films of his own, beginning with The Winning of Barbara Worth (1926). As for Marilyn Mills, she retired from acting shortly after the release of Three Pals, at the age of 25. She died in Los Angeles in 1956, aged 52. Not much is known about her later years, but her death certificate listed her occupation as housewife.

93%off
The Who / Various Artists
The Who and Friends In Concert - TCT: Concert For Teenage... TOP 25 Bestselling DVD
99¢ on Sale
Add to Cart
(2)
Film Collectors & Archivists: Alpha Video is actively looking for rare and unusual pre-1943 motion pictures, in good condition, from Monogram, PRC, Tiffany, Chesterfield, and other independent studios for release on DVD. We are also interested in TV shows from the early 1950s. Share your passion for films with a large audience. Let us know what you have.
How to Order
Shipping Rates & Options
International Shipping
Return Policy
Request a FREE Catalog
Order Items by Catalog
View Catalogs Online
Safe Shopping Guarantee
Buy a Gift Certificate
About OLDIES.com
Customer Reviews
Contact Info
Privacy Policy
Send Feedback
Login
Forgot Password?
Sign Out
Email Subscriptions
Redeem Gift Certificate
To place an order or for customer service, call toll-free 1-800-336-4627 or outside the United States, call 1-610-649-7565
Open Monday-Friday: 9am-9pm, Weekends: 11am-7pm (Eastern Time)
Se habla Español! Spanish-speaking representatives available, Monday-Friday: 9am-5pm (Eastern Time)
Portions of this page © 2022 TiVo Corporation. For personal non-commercial use only. All rights reserved.
All copyrights, trademarks, and logos are owned by their respective owners. Rotten Tomatoes content and Certified Fresh™ Logo is Copyright © Fandango. All rights reserved.
© 2022 OLDIES.com and its affiliates and partner companies. All rights reserved.