During the French Revolution, a moderate politician must protect himself from an army of cut-throats. 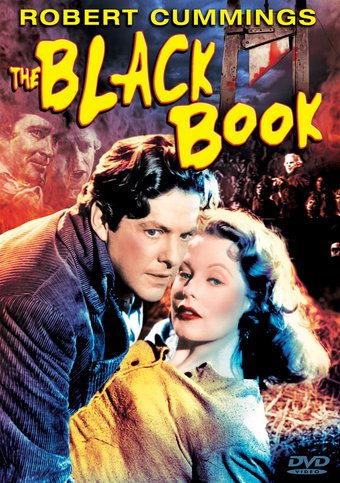 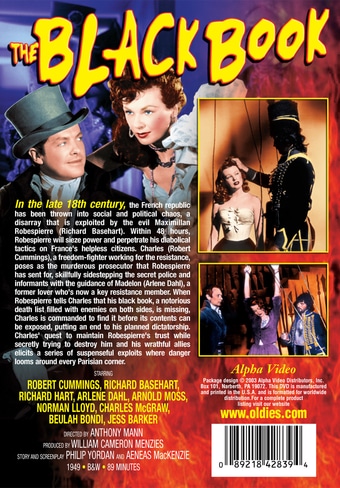 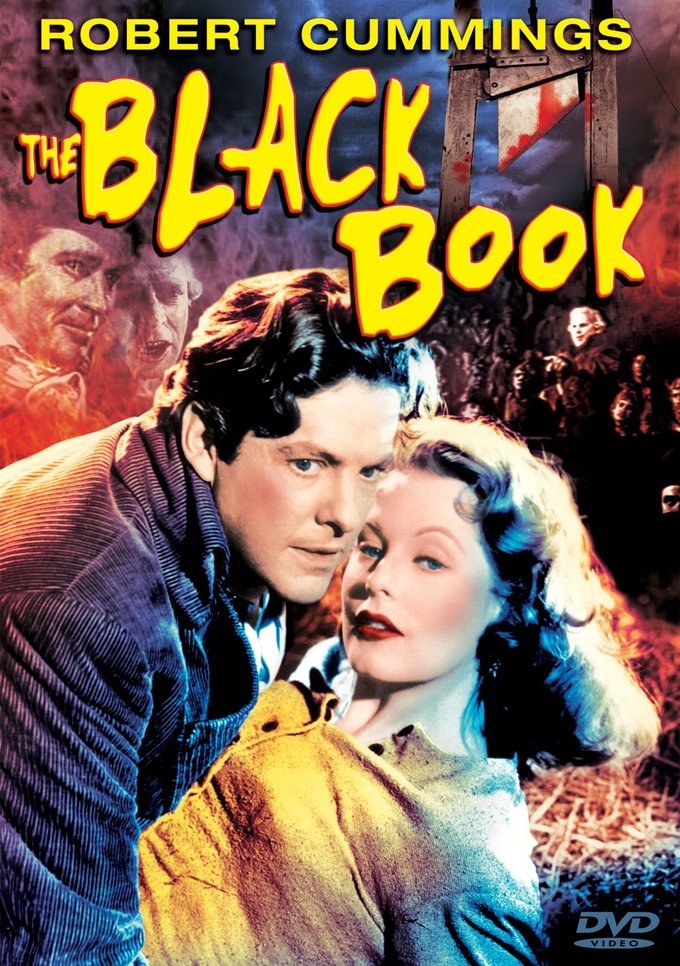 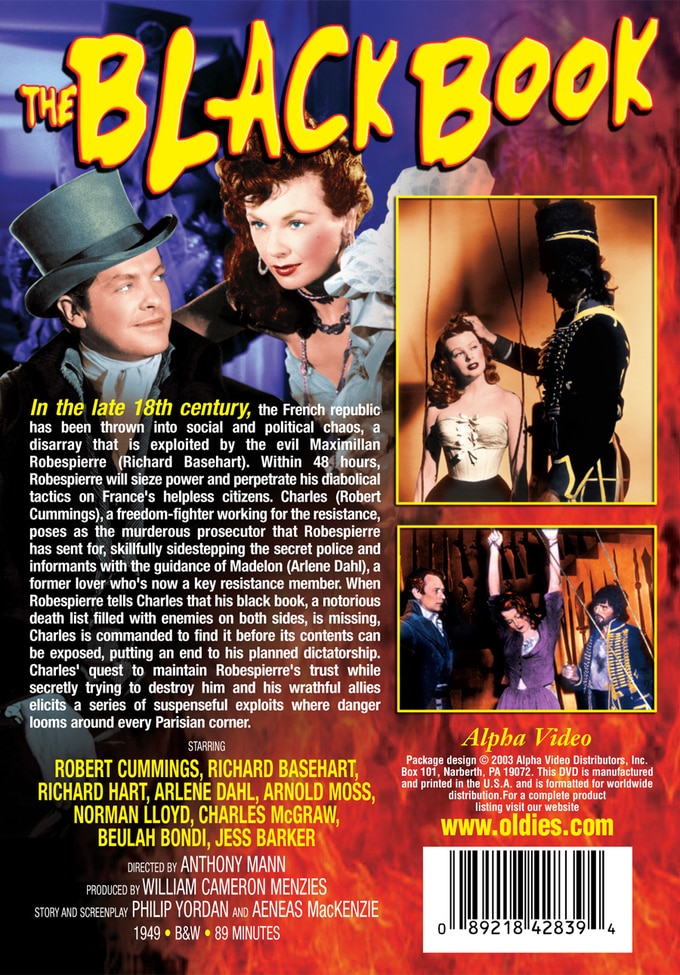 In the late 18th century, the French republic has been thrown into social and political chaos, a disarray that is exploited by the evil Maximillan Robespierre (Richard Basehart). Within 48 hours, Robespierre will sieze power and perpetrate his diabolical tactics on France's helpless citizens. Charles (Robert Cummings), a freedom-fighter working for the resistance, poses as the murderous prosecutor that Robespierre has sent for, skillfully sidestepping the secret police and informants with the guidance of Madelon (Arlene Dahl), a former lover who's now a key resistance member. When Robespierre tells Charles that his black book, a notorious death list filled with enemies on both sides, is missing, Charles is commanded to find it before its contents can be exposed, putting an end to his planned dictatorship. Charles' quest to maintain Robespierre's trust while secretly trying to destroy him and his wrathful allies elicits a series of suspenseful exploits where danger looms around every Parisian corner.

The French Revolution is given the noir treatment in this 1949 entry from director Anthony Mann. The hunt is on for Robespierre's black book, listing the victims headed toward the guillotine. Famed cinematographer John Alton lays the shadows over the tense proceedings.

Death | Thriller | Vintage | Historical | Theatrical Release
This product is made-on-demand by the manufacturer using DVD-R recordable media. Almost all DVD players can play DVD-Rs (except for some older models made before 2000) - please consult your owner's manual for formats compatible with your player. These DVD-Rs may not play on all computers or DVD player/recorders. To address this, the manufacturer recommends viewing this product on a DVD player that does not have recording capability.

Customer Rating:
Based on 126 ratings.

Write an online review to share your thoughts with other customers.


A skillfully done, low-budget film about the final days of the Reign of Terror in 18th Century France. Richard Basehart is wonderful as the evil Robespierre. The film should be remastered by Criterion with commentary.


A relatively low budget film done to the max, to appear bigger than it was. Superbly acted, and fine athmosphere of the French Revolution.
The historical characterizations are quite strikingly good in this fictionalized drama of history. Highly recommended.


This french revolution drama is a real gem. Out of the chaos and carnage of the French Revolution, Anthony Mann fashions not a sweeping historical epic à la A Tale of Two Cities but a tight and shaded suspense story. His gifted collaborator is director of photography John Alton, whose preference for the murky suggestively limned with light was never so evident as in his work here, in country inns and the cellars of bakeshops and the cobbled pavements of torchlit Paris.