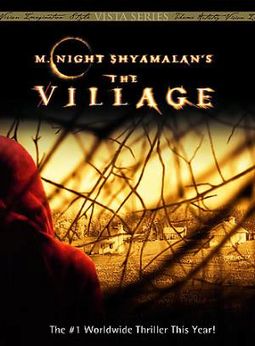 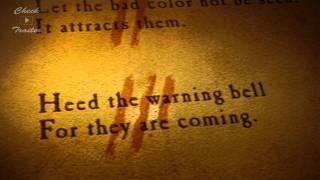 M. Night Shyamalan's THE VILLAGE finds the renowned writer-director crafting a suspenseful story of a small community whose inhabitants are plagued by fear of the unknown forest that surrounds them. For years, they have kept a truce with mysterious creatures in the woods by vowing never to breach a clearly defined border. However, when a young man (Joaquin Phoenix) becomes determined to explore the nearby towns, his actions are met with menacing consequences.

Shyamalan continues his remarkable streak of entrancing and entertaining thrillers (THE SIXTH SENSE, UNBREAKABLE, SIGNS) with THE VILLAGE. A meticulous filmmaker, Shyamalan displays his penchant for setting up a fascinating atmosphere in every aspect of the movie, from its distinctive color scheme to its intentionally genteel dialogue to its outstanding cinematography, courtesy of Roger Deakins. Renowned cast members Phoenix, William Hurt, Sigourney Weaver, and Adrien Brody are excellent, but the true standout is Bryce Dallas Howard (daughter of director Ron Howard), who embodies the heart of the film with her vulnerable but fiercely vital performance. Like Shyamalan's other movies, THE VILLAGE has a distinct twist that offers shocking revelations, but this film's overwhelming sense of menace is what is sure to resonate with viewers long after it's over.

The Village
M. Night Shyamalan (SIGNS, UNBREAKABLE, THE SIXTH SENSE), the director who brought you the world's greatest thrillers on DVD, now creates his most thought-provoking triumph yet ... breaking international records and dazzling audiences around the globe! THE VILLAGE is a smart, edge-of-your-seat chiller crawling with terrifying surprises and frightening twists and turns. An isolated, tight-knit community lives in mortal fear of an oppressive evil inhabiting the forbidden forest just beyond their tiny village. So frightening that no one ventures into the woods ... until one villager dares to face the unknown. With unforgettable performances from Joaquin Phoenix, Sigourney Weaver, William Hurt, Adrien Brody, and newcomer Bryce Dallas Howard, this powerful motion picture is one of Hollywood's best psychological thrillers and ranks with the best of Hitchcock!